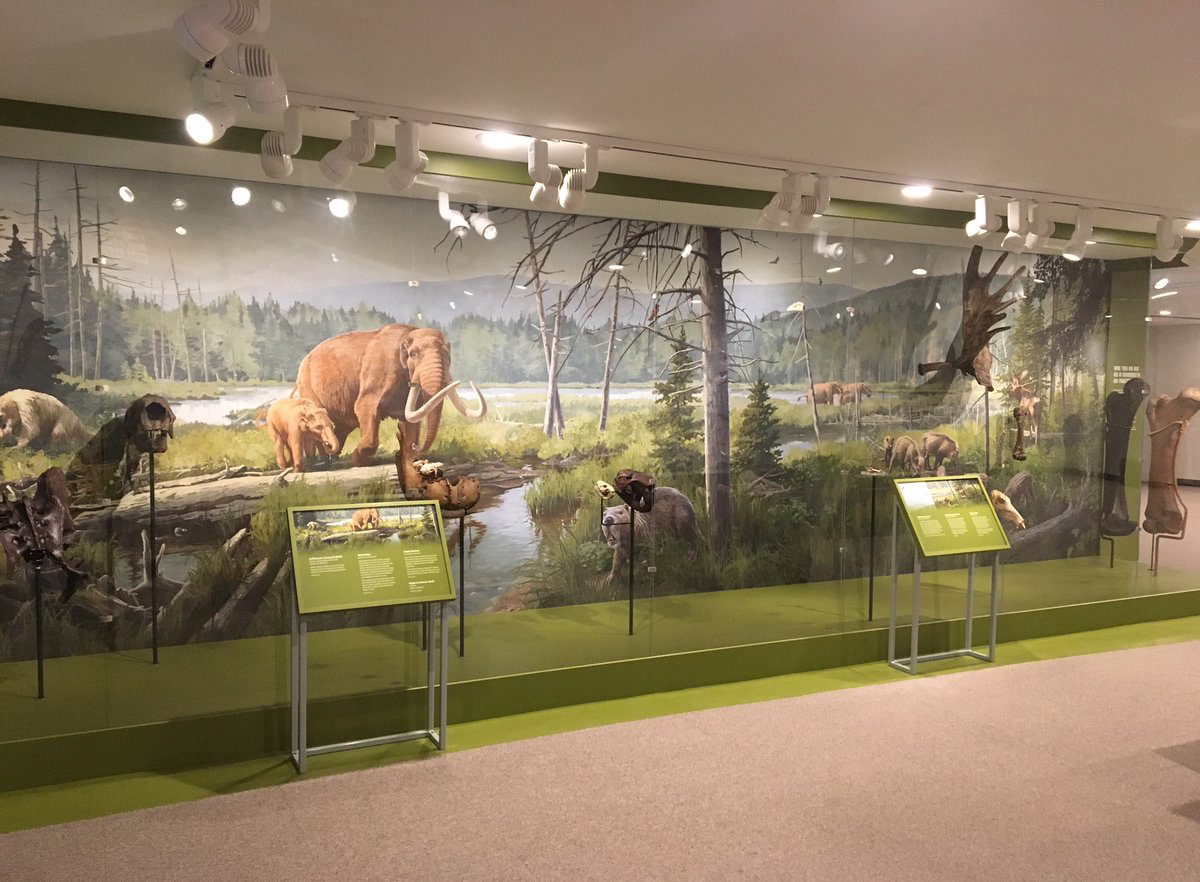 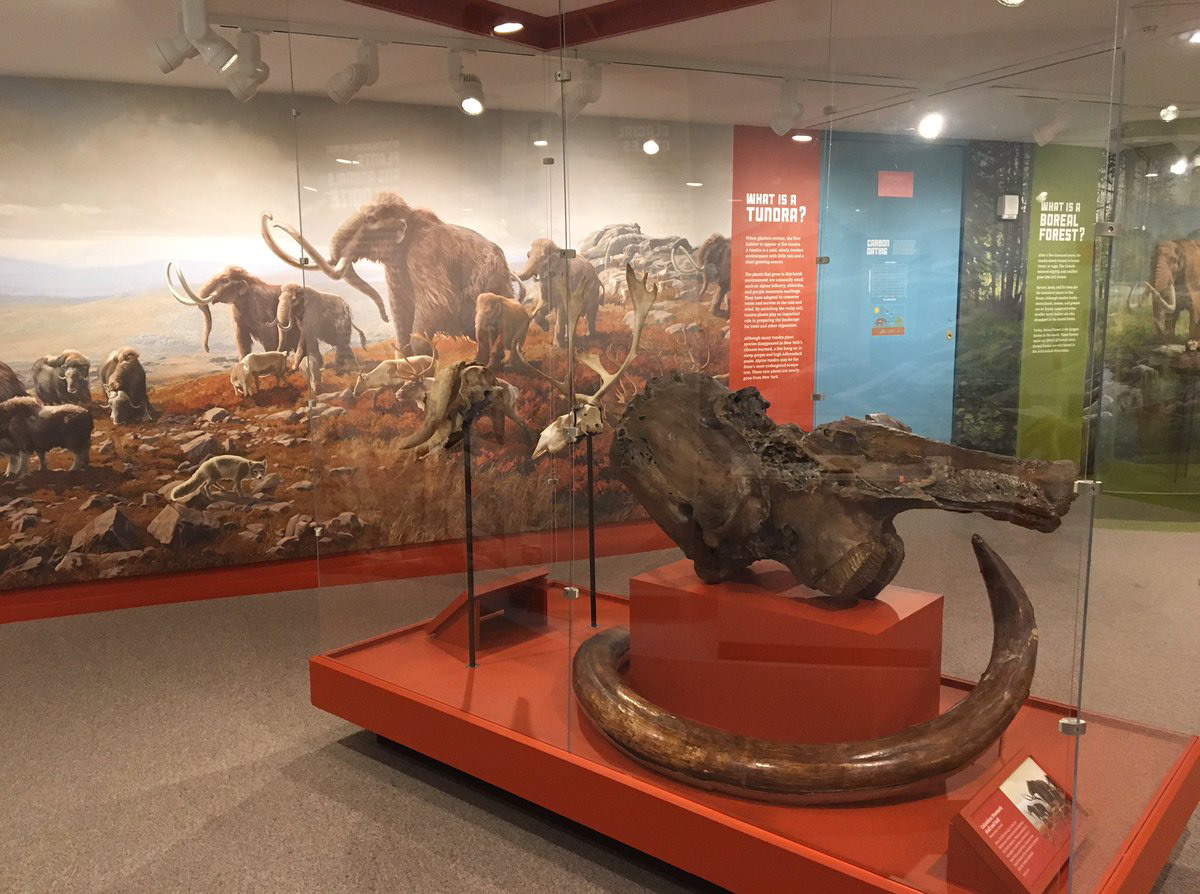 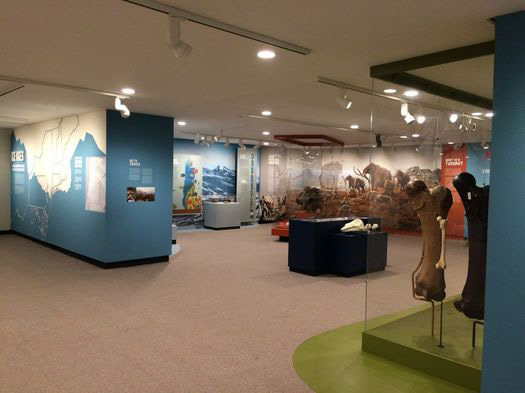 Digital background murals for the New York State Museum in Albany, New York for their new long-term "Ice Age!" Exhibit. (Find more information about visiting here.)
The larger of the two murals I created for them shows extinct species that were endemic to New York during the later part of the ice age (during glacial recession), inhabiting an ecosystem known as Boreal bog. The habitat is mostly coniferous forest punctuated by glacial ponds and wetland. The  mural features American Mastadon, Flat-headed Peccary, Megalonyx (Jefferson's ground sloth), Castoroides (Giant Beaver), and Cervalces (Stag-moose), as well as several extant bird species including a pied-billed grebe, oriole, and California condors.
Because the murals needed to be printed and installed on-site, these were painted digitally at full scale, and covered more than 40 feet of wall from floor to ceiling (over 7 feet tall), and included space to accommodate the display of real fossil artifacts from the museum's collections. (©Beth Zaiken)

Please feel free to contact me for questions or copyright information.
↑Back to Top

Insert copy here, which should vary depending on your region. Accept