A massive digital painting showing ice age megafauna during the great ice age floods. Created for the Yakima Valley Museum by Blue Rhino Studio.
Yakima Valley Museum | Great Ice Age Floods Mural
The Missoula floods were cataclysmic glacial lake outburst floods that swept periodically across eastern Washington and down the Columbia River Gorge at the end of the last ice age. Periodically, over a period of nearly 400 years, a huge dam of ice that held back the ancient Glacial Lake Missoula would melt or fracture enough to burst, sending the waters of the nearly mile high lake rushing down the Clark Fork and the Columbia River, flooding much of eastern Washington and the Willamette Valley in western Oregon. After the rupture, the ice would reform, creating Glacial Lake Missoula again.
This apocalyptic process, happening over and over again over hundreds of years, created a distinct geological area now called the Channeled Scablands, which covers much of eastern Washington state. This mural tells the story of this great serial flooding, and both the extinct (Columbian mammoths, short-faced bear, Smilodon, and Megalonyx) and extant (Bison, Caribou) animals that inhabited the land around the Channeled Scablands.
The digitally painted mural measures over 50 feet long and 10 feet tall, commissioned by the Yakima Valley Museum in 2019.
My favorite part of this piece is all of the interconnected details and stories being told simultaneously--between animals, the geology (haystack rocks, cloulees and cliffs), and the climate (chunks of glacial ice that may take as much as 30 years to fully melt). Please enjoy these (gratuitous) close ups: 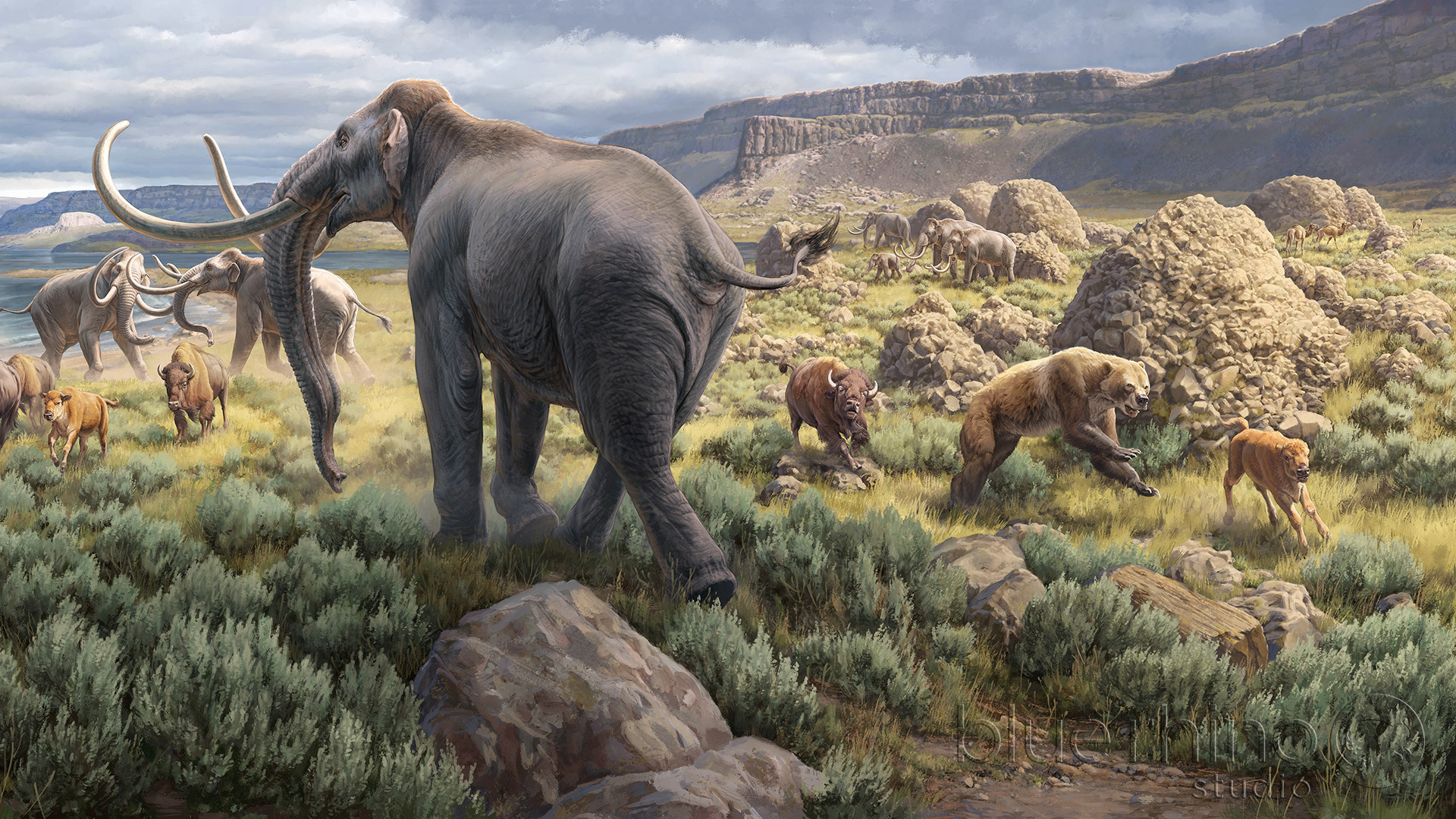 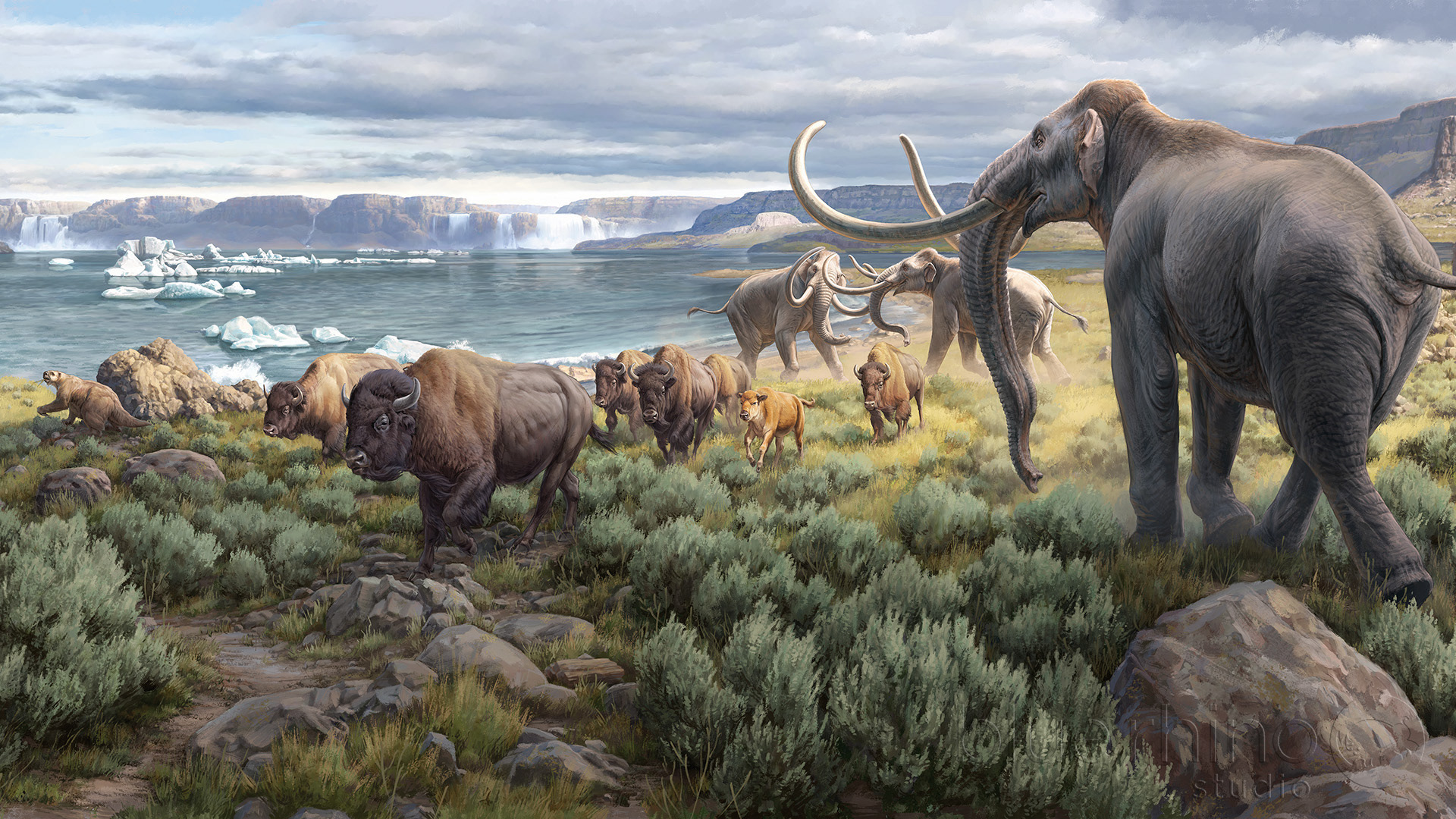 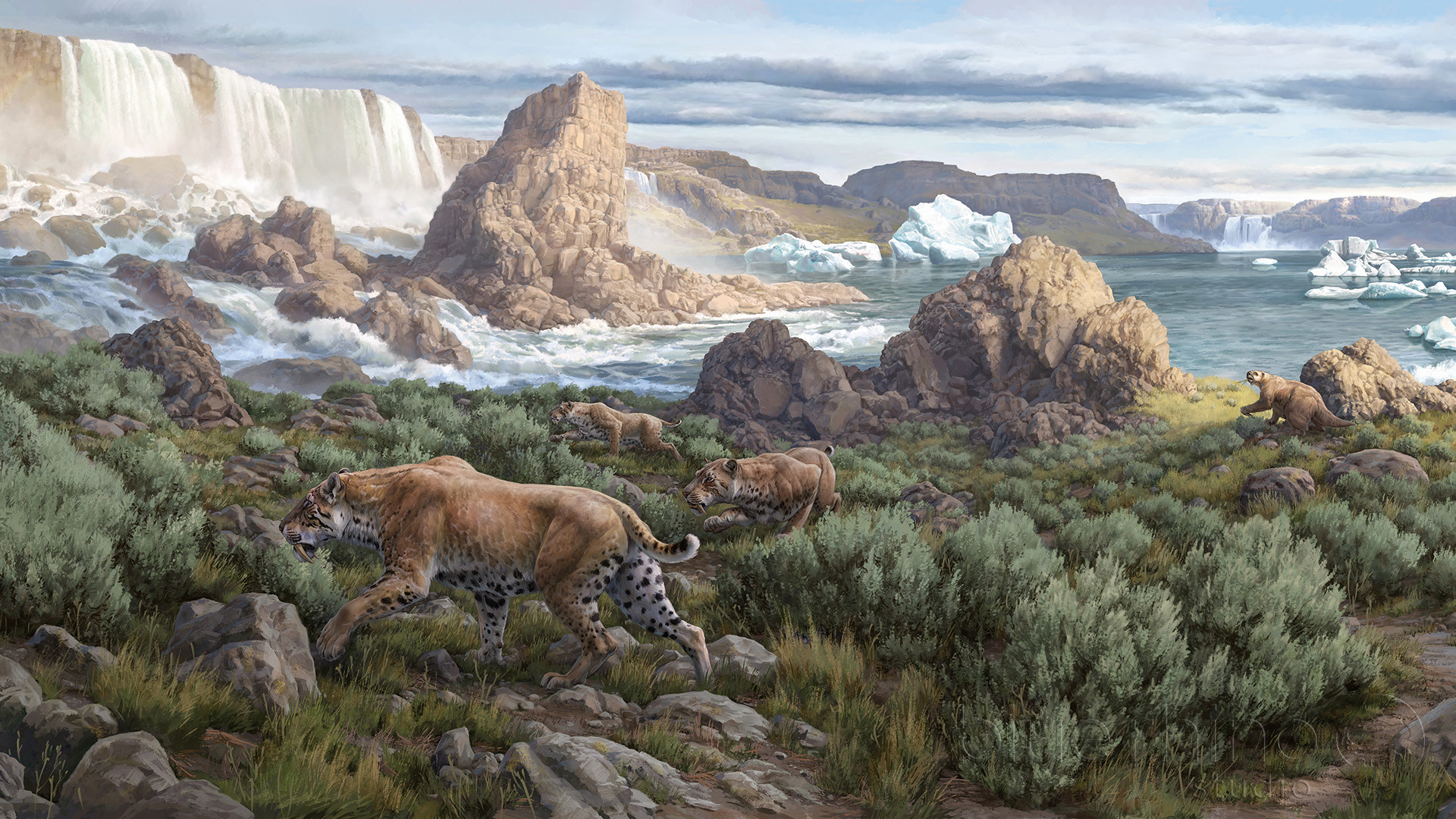 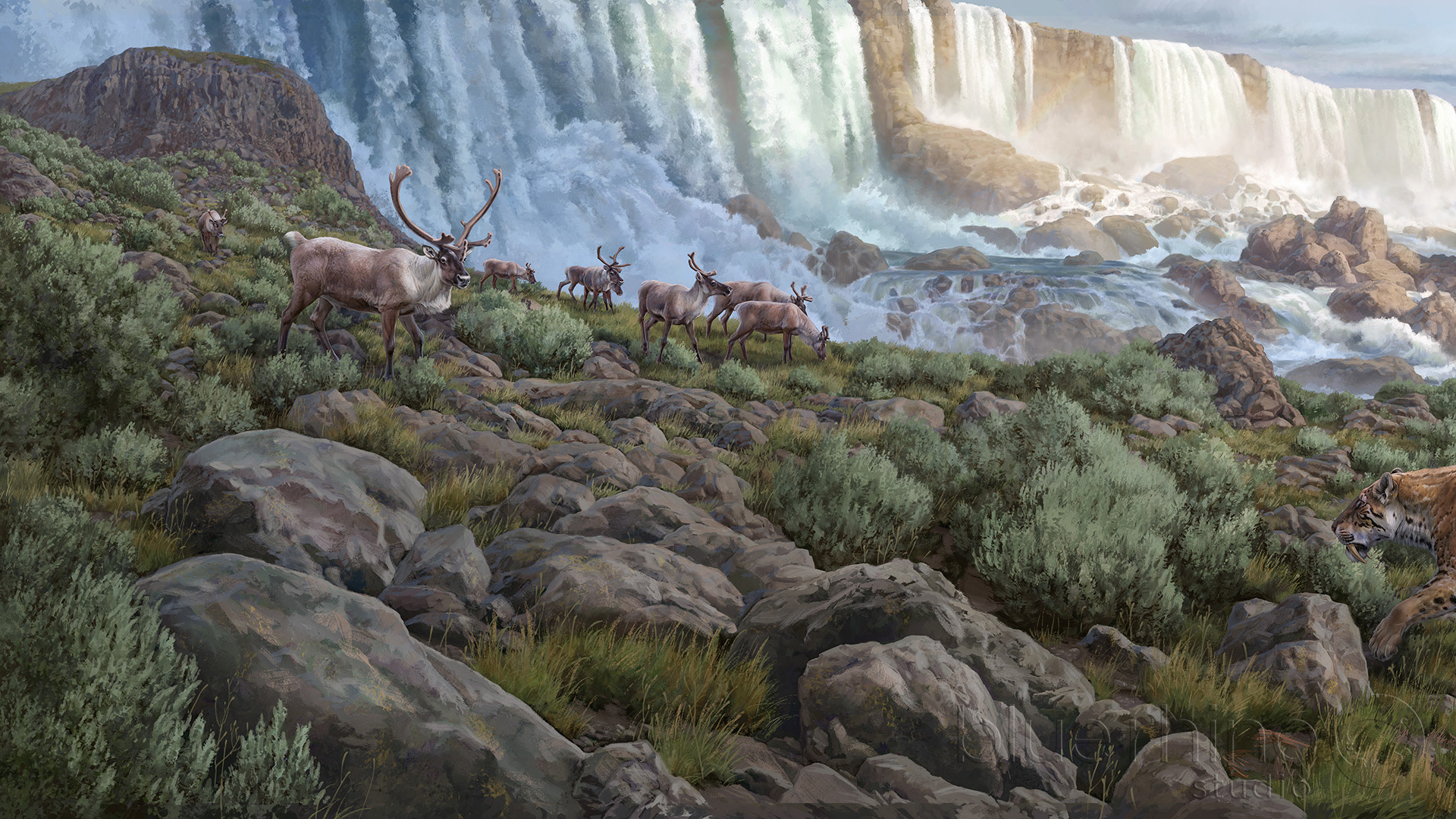 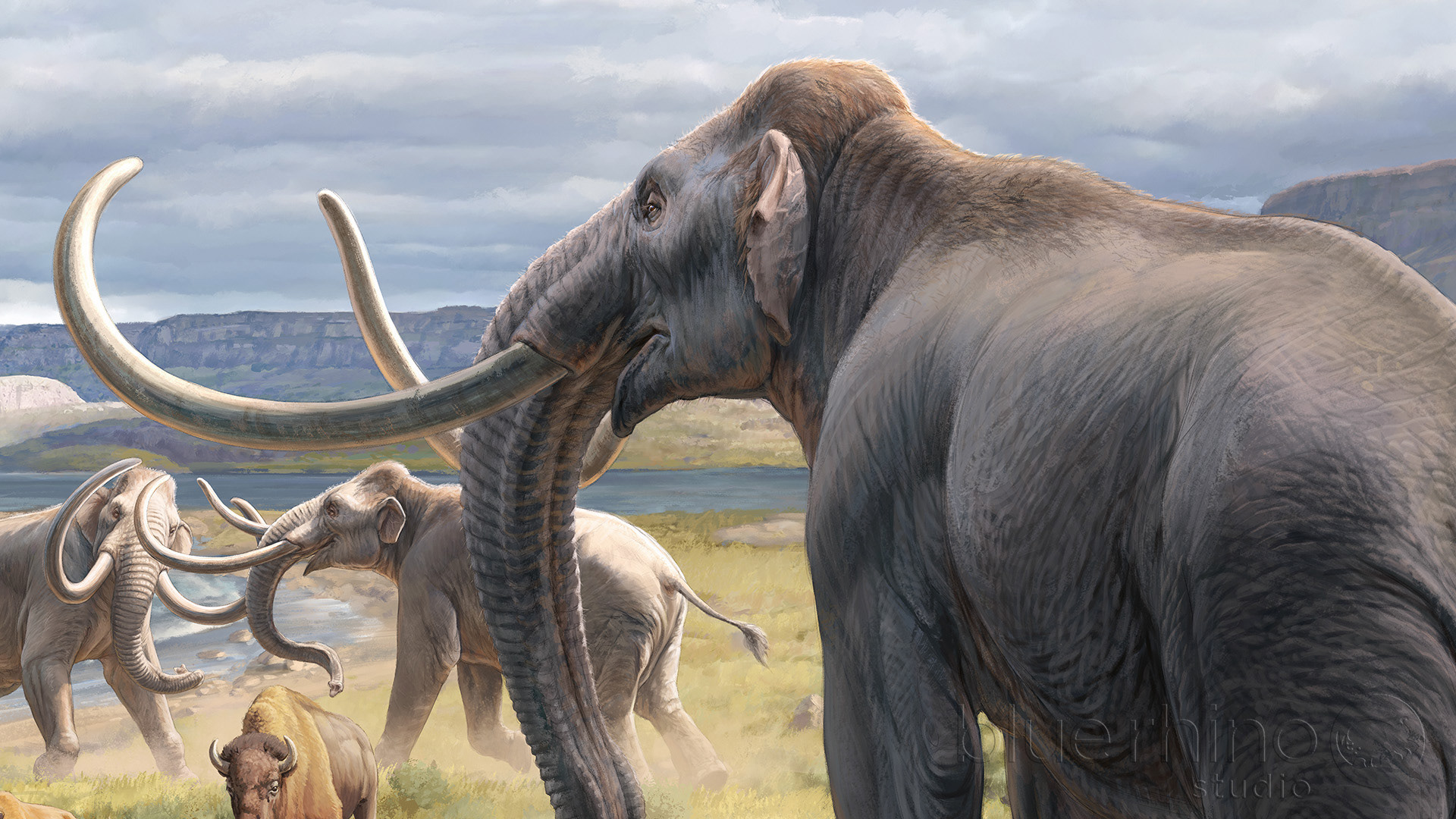 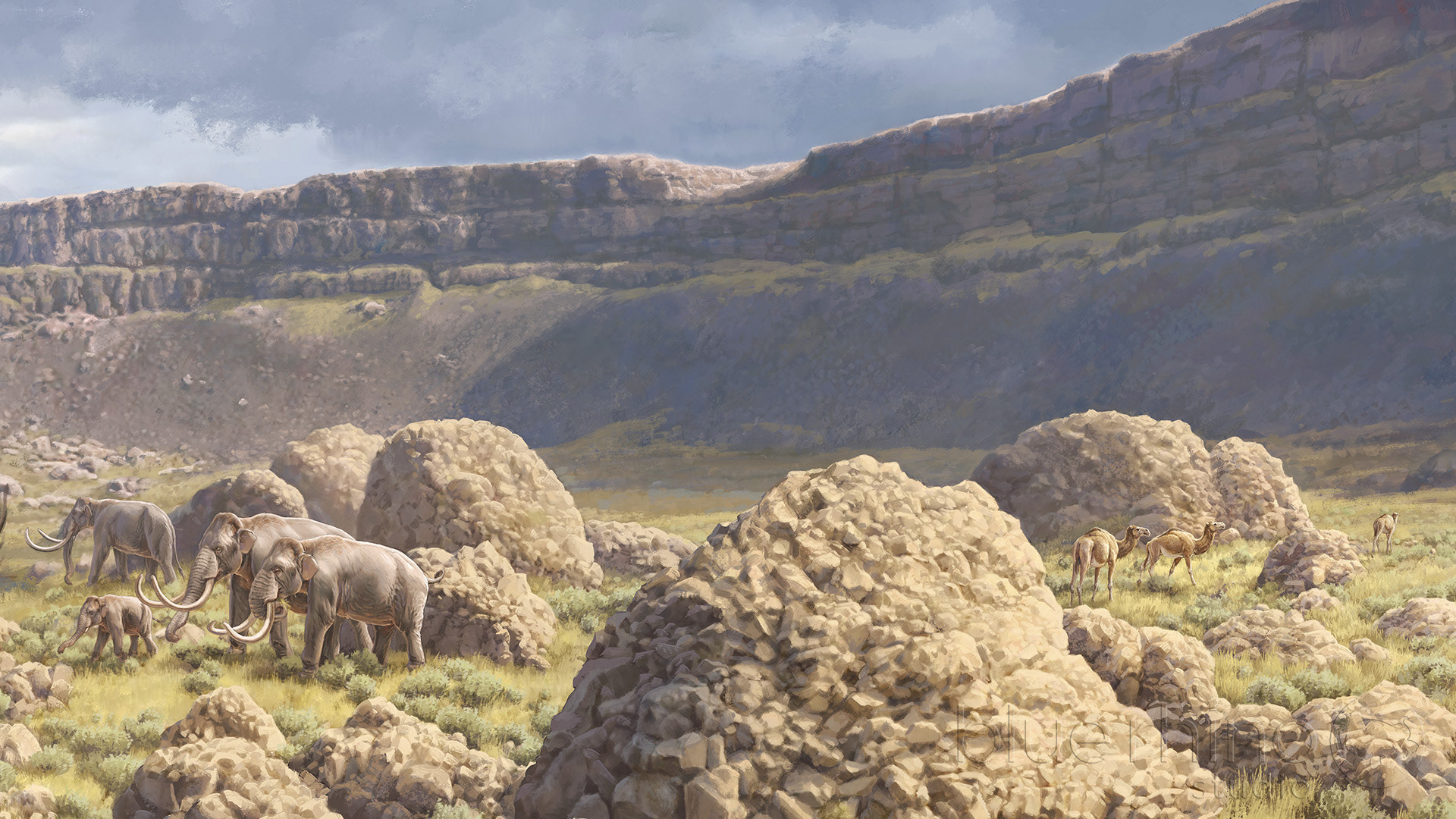 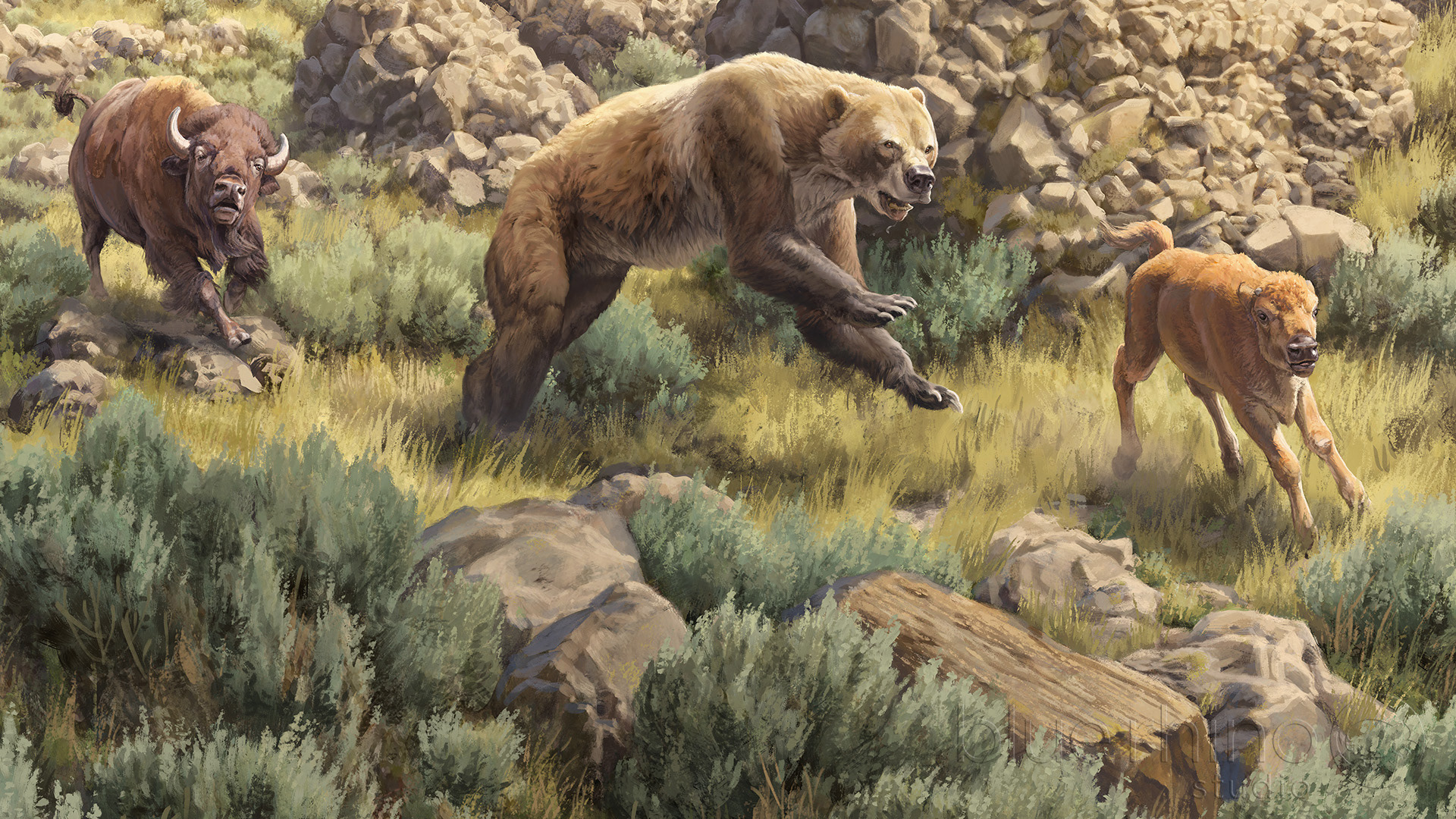 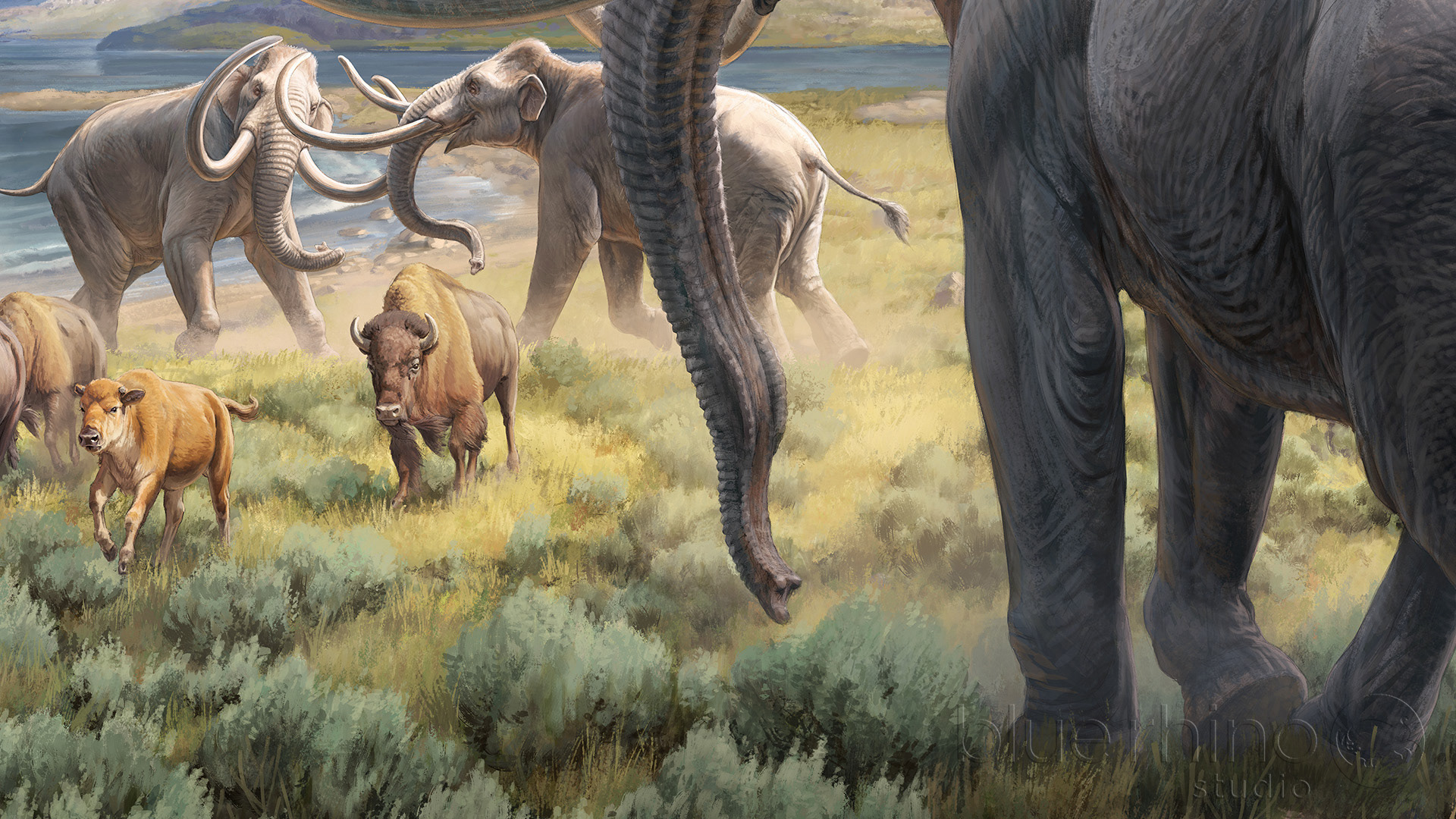 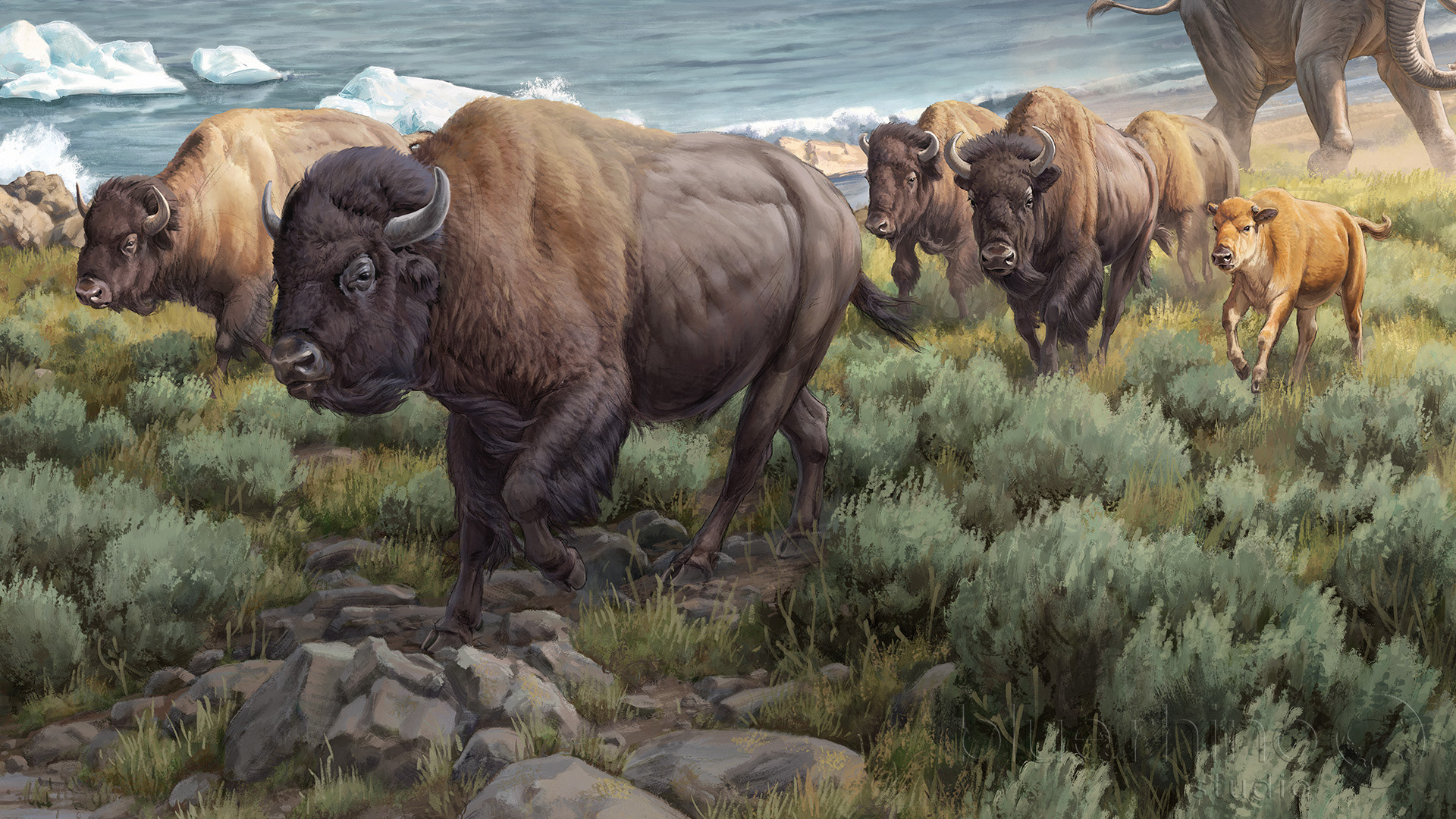 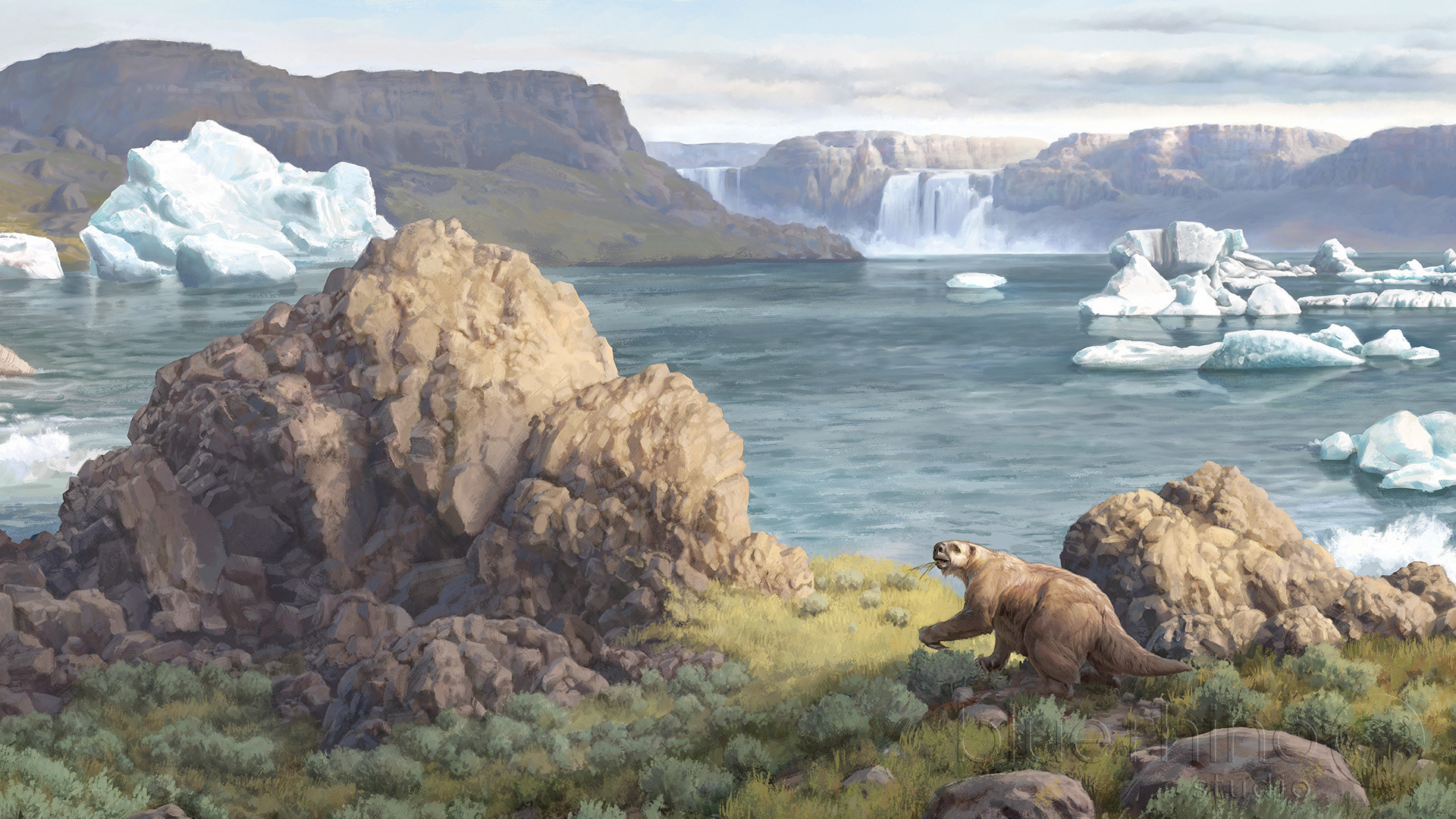 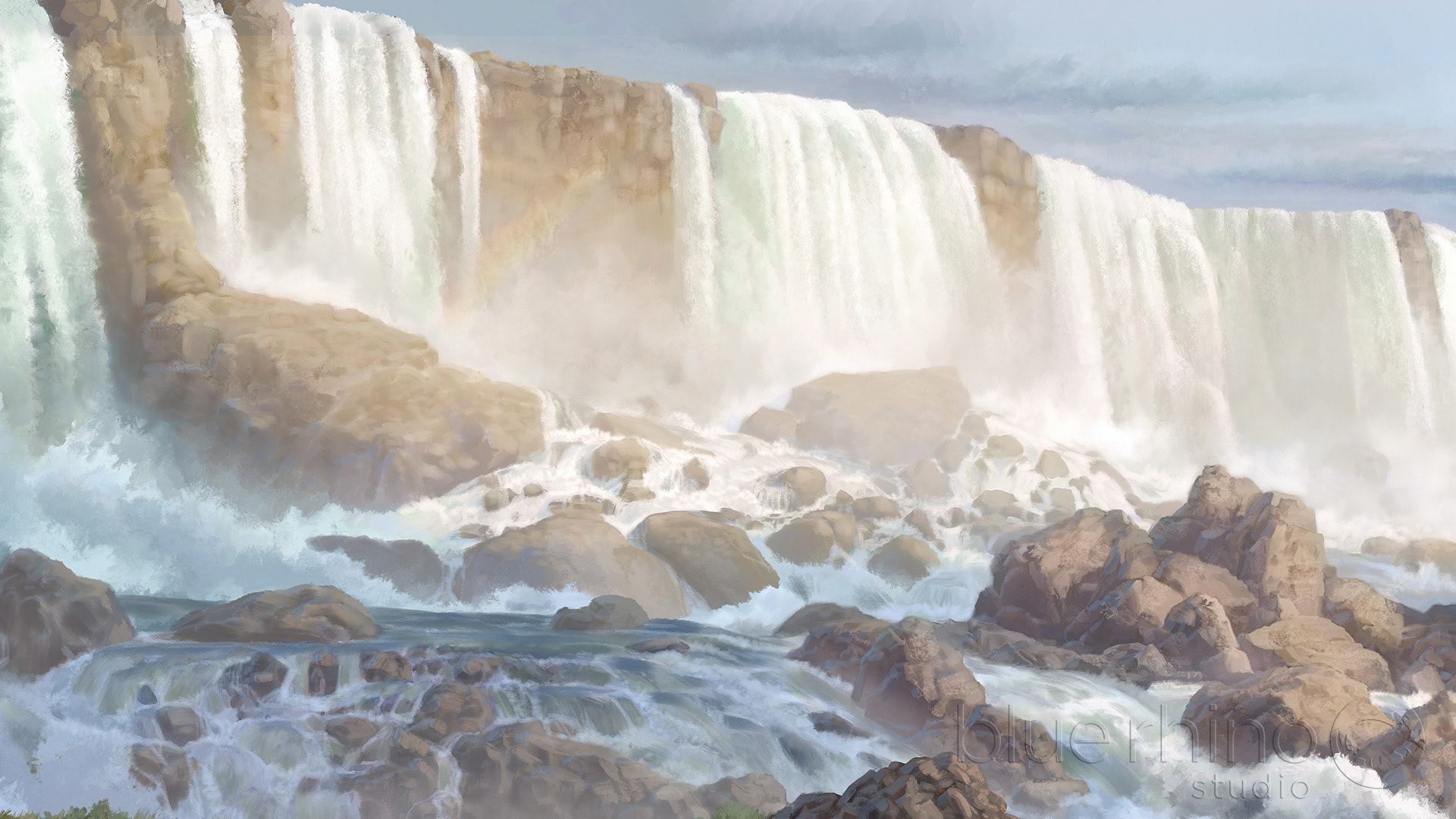 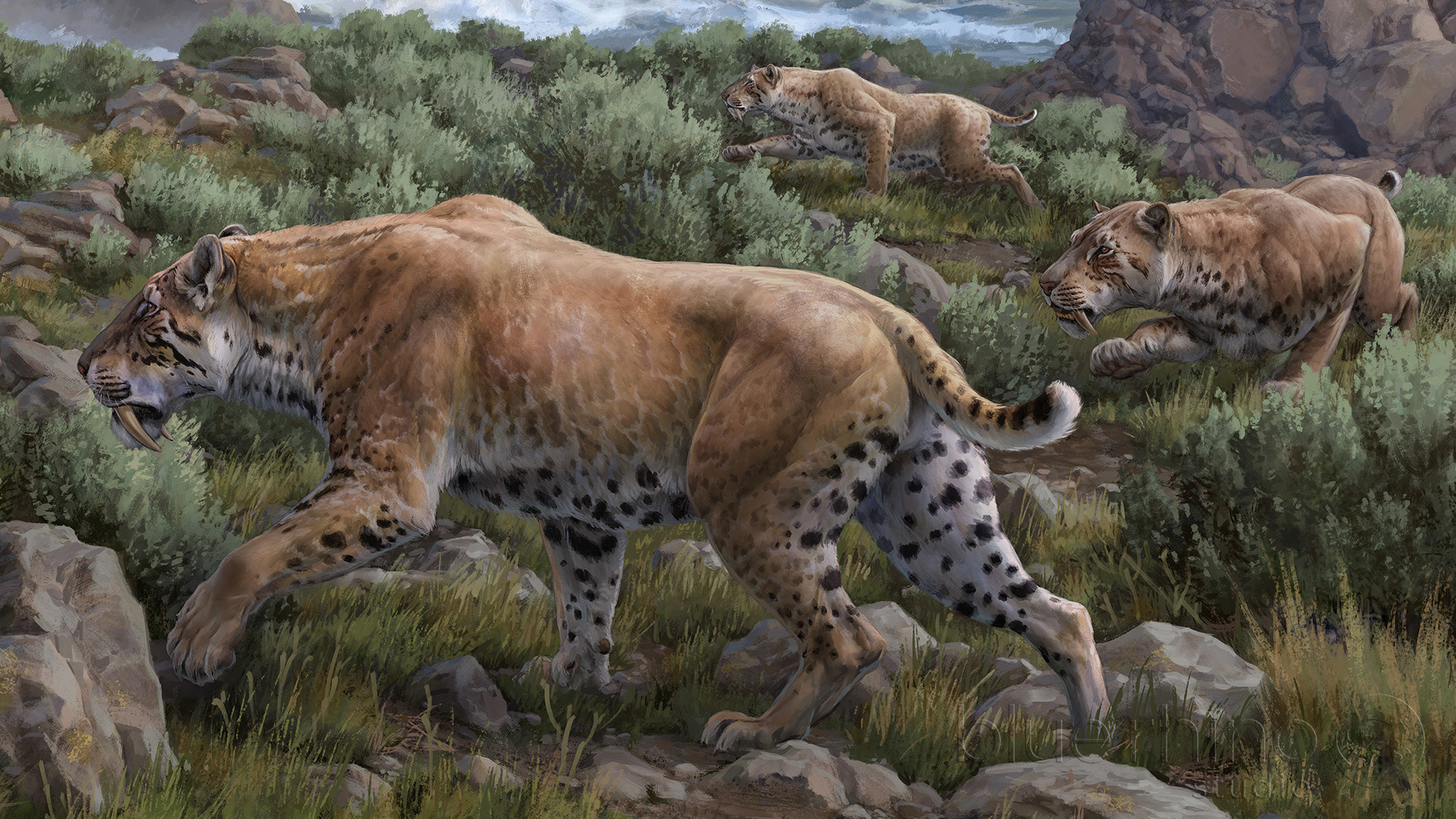 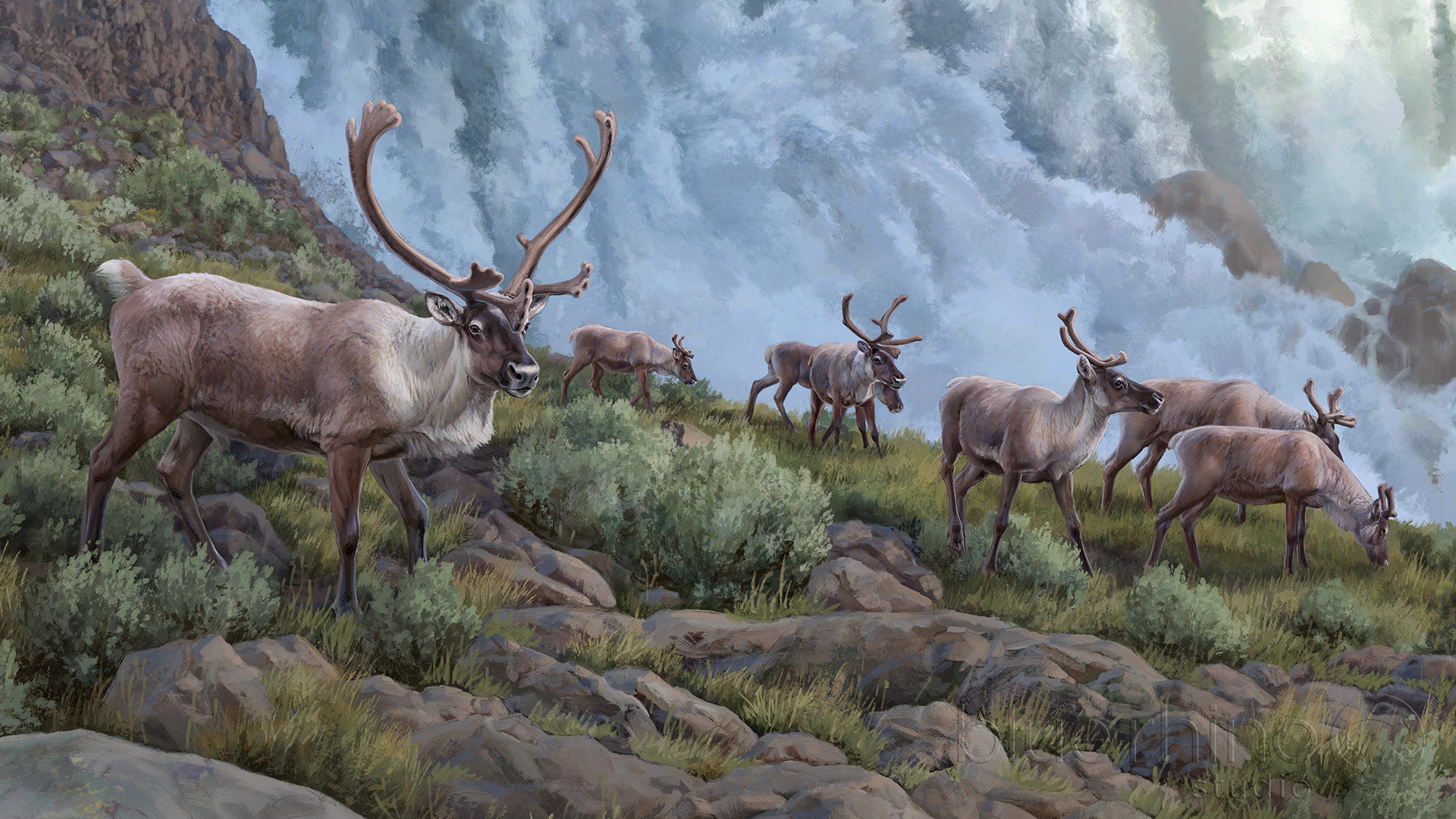 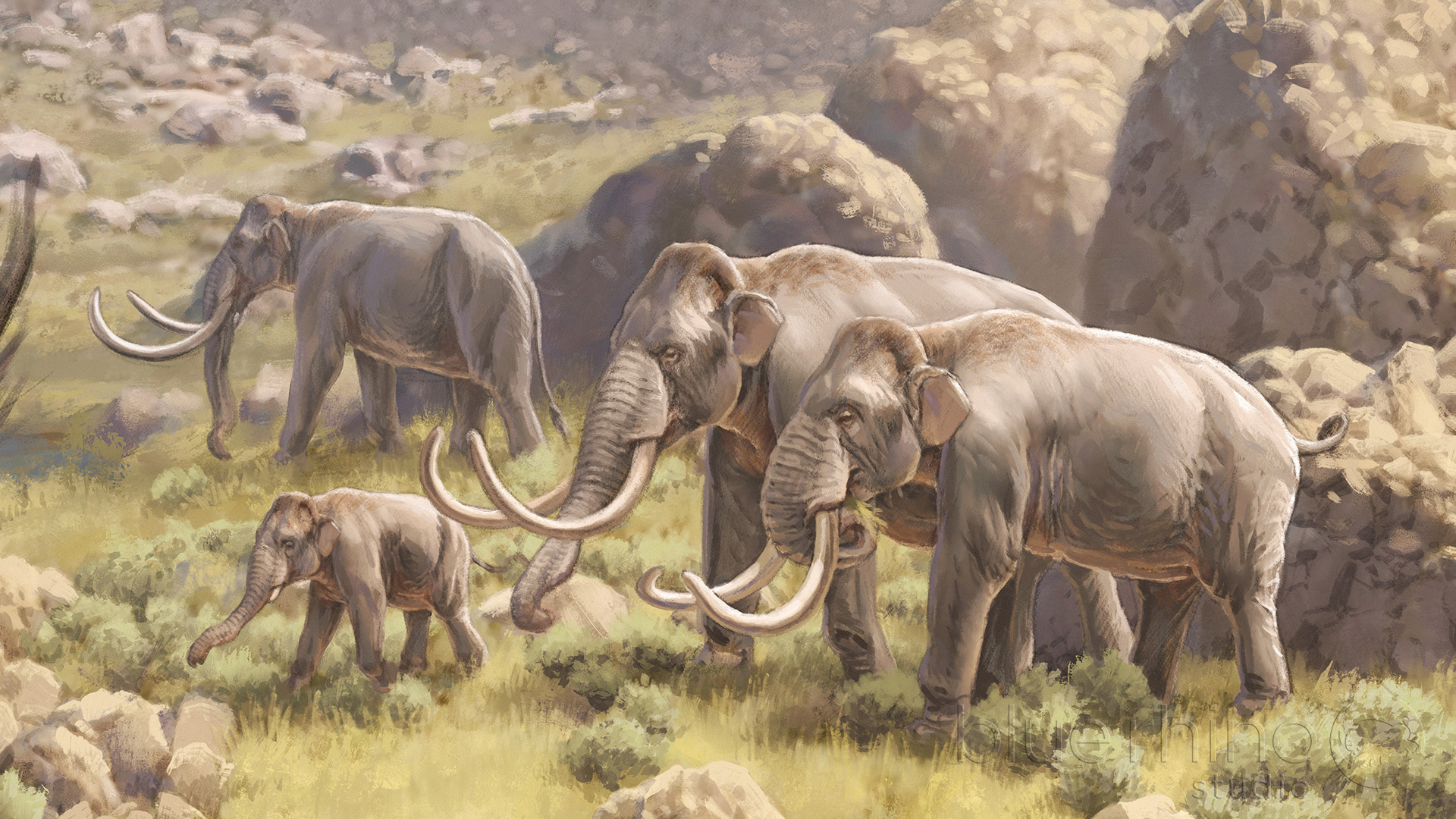 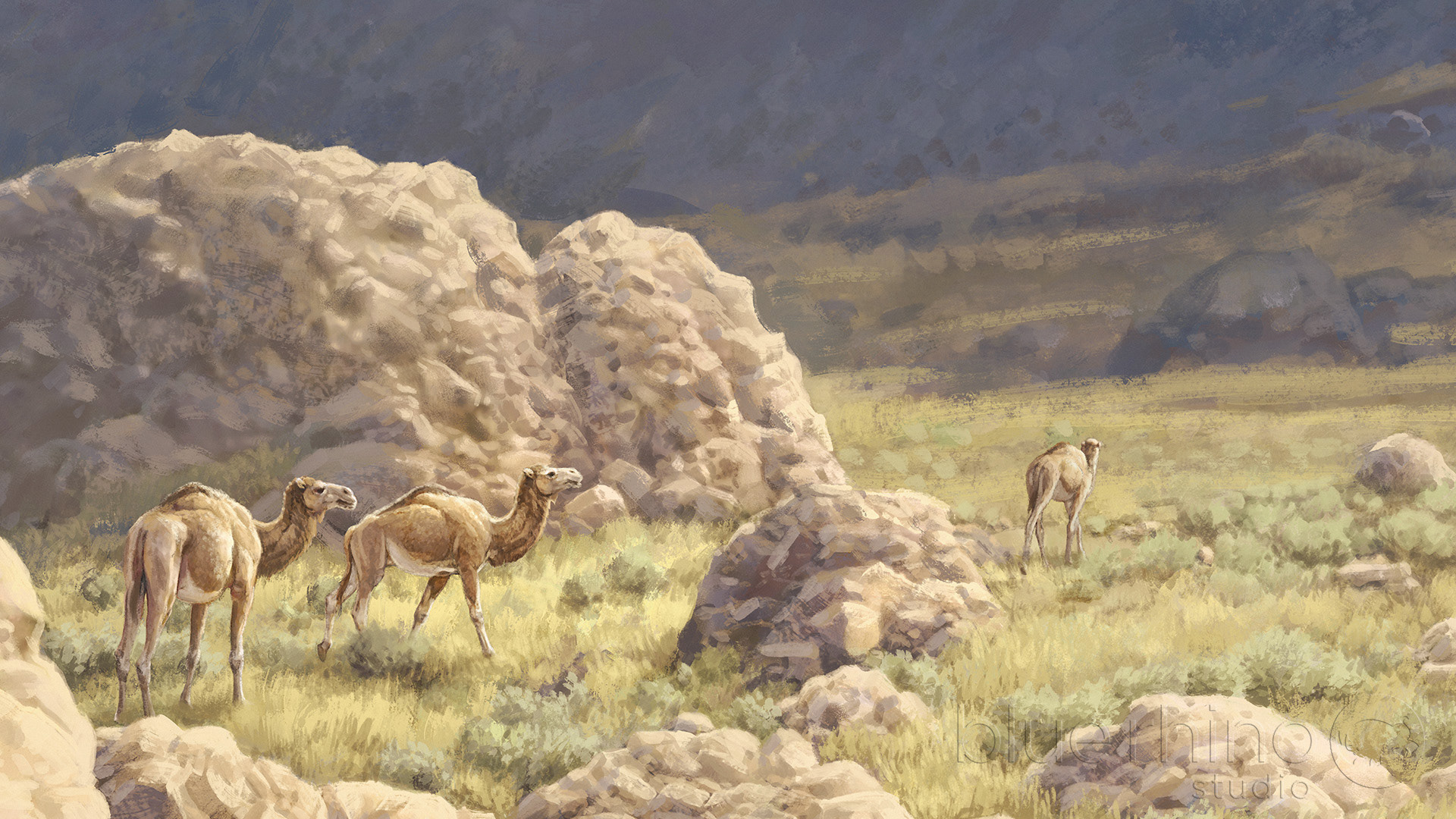 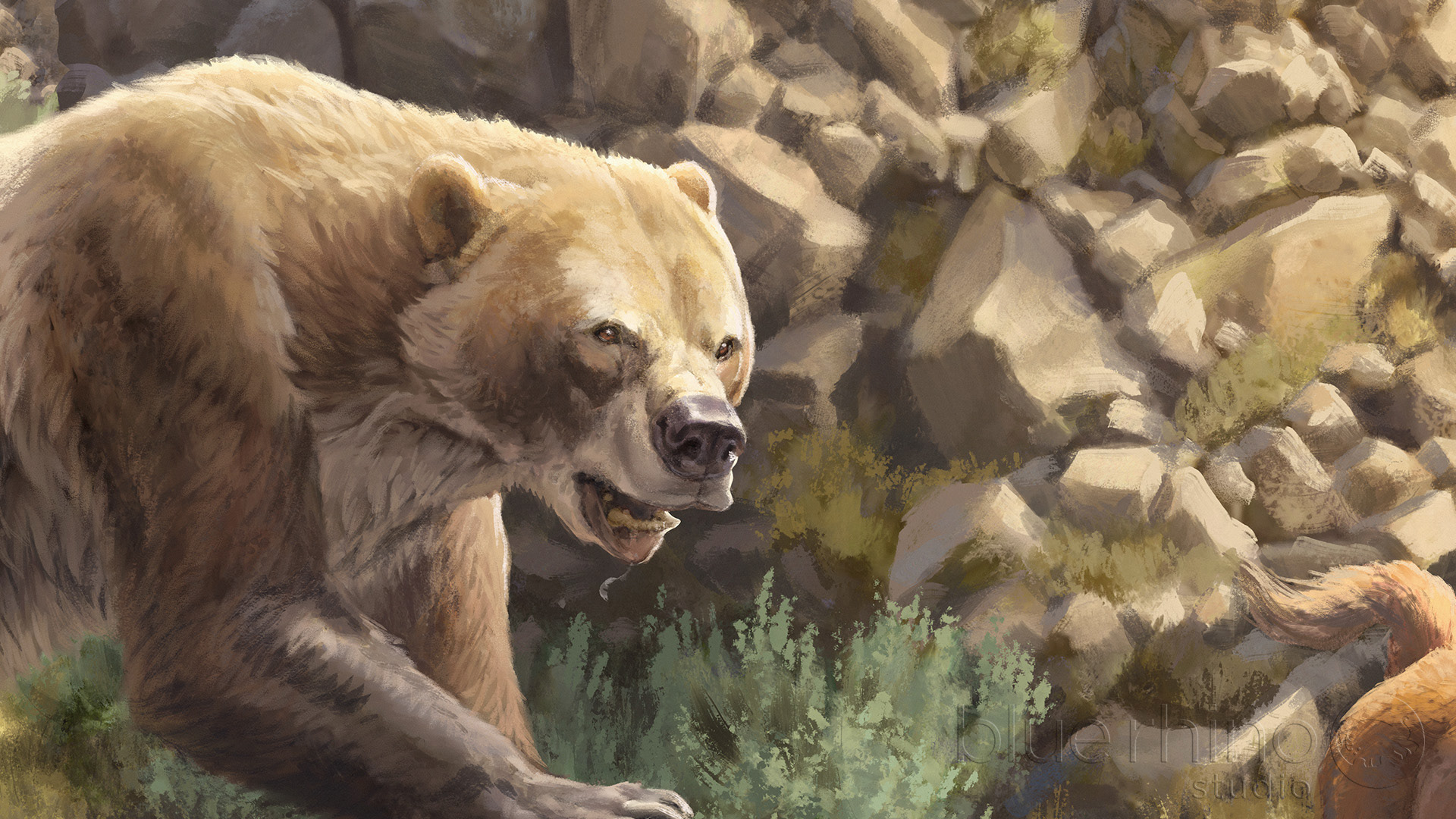 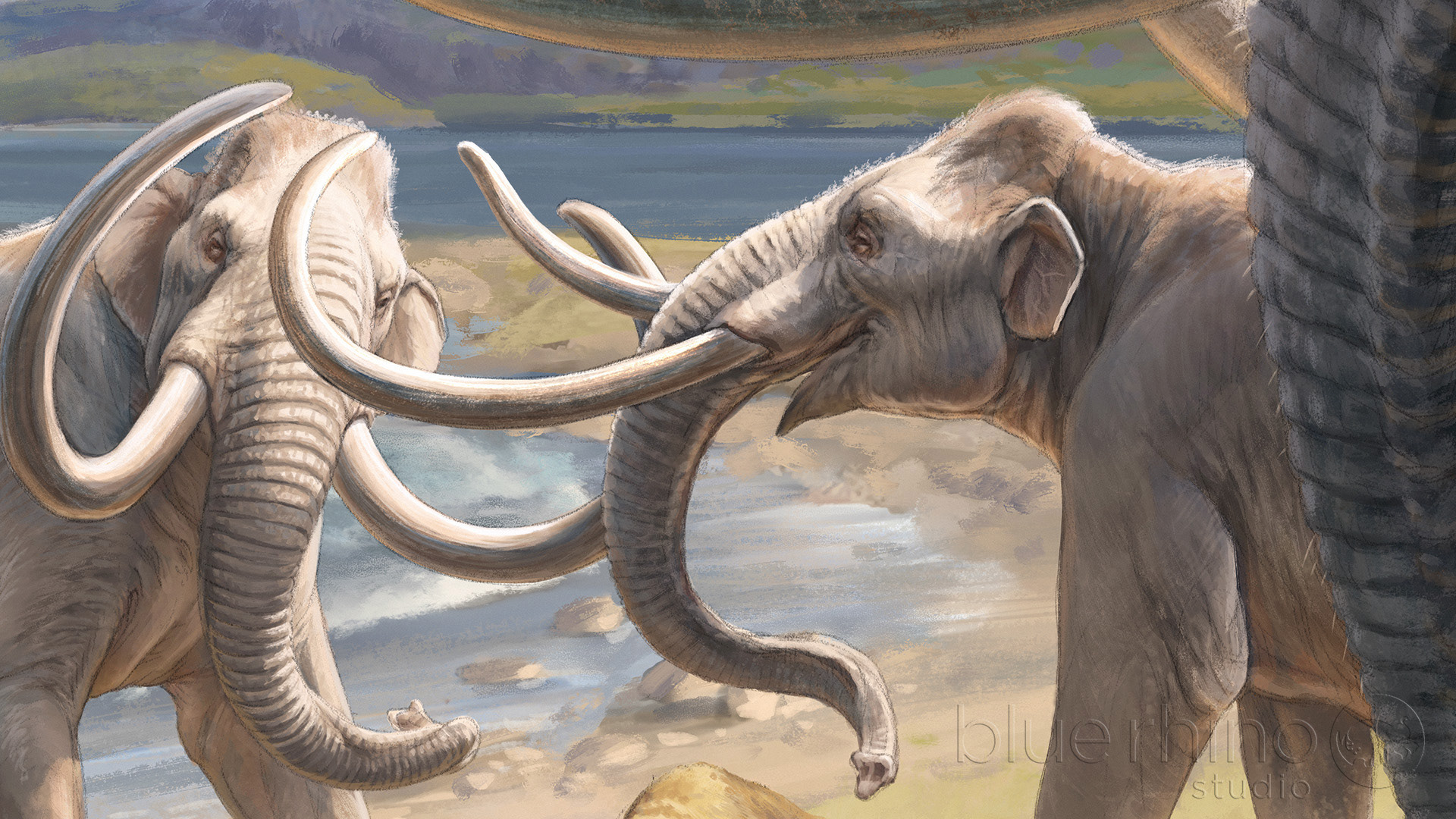 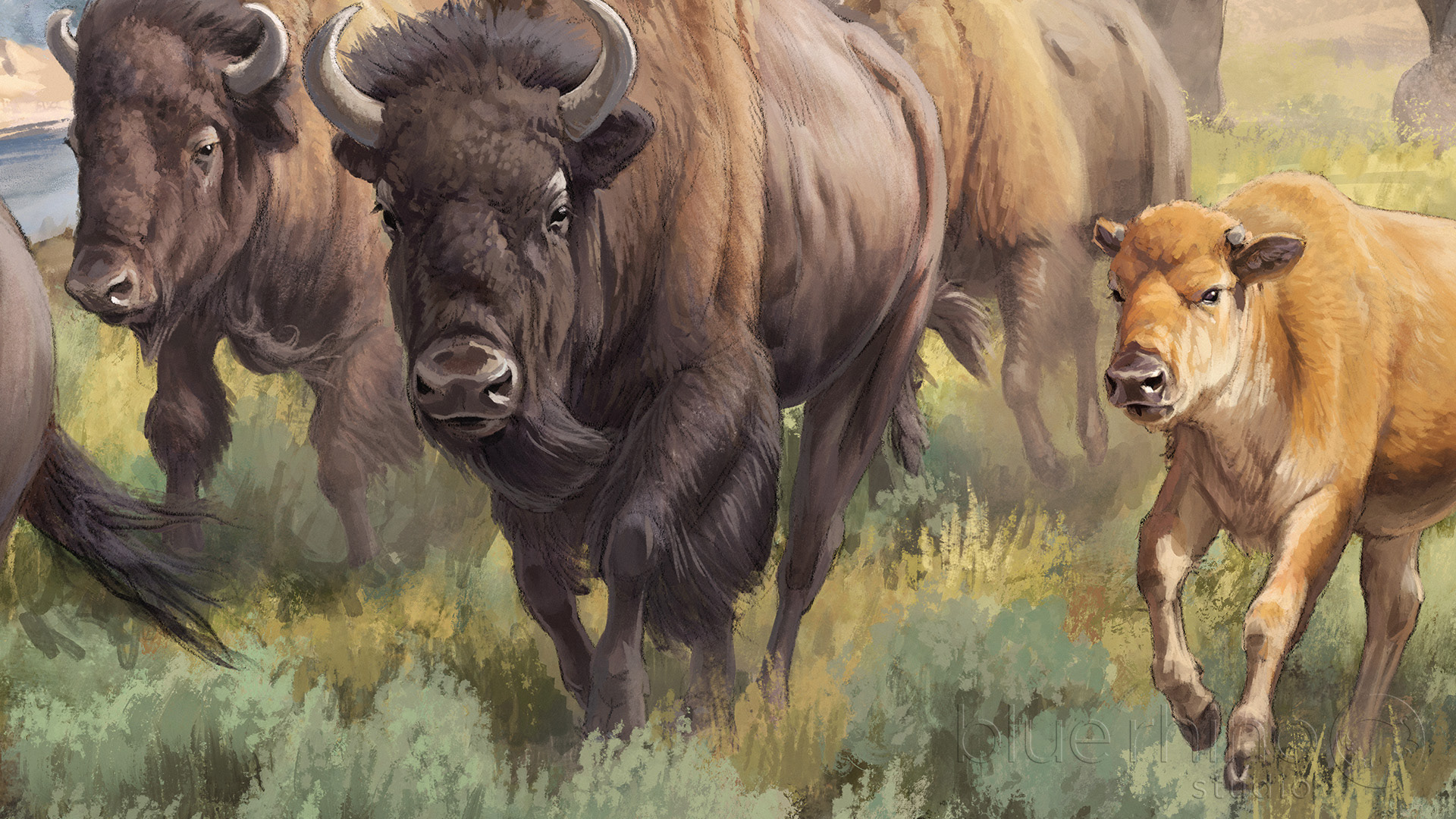 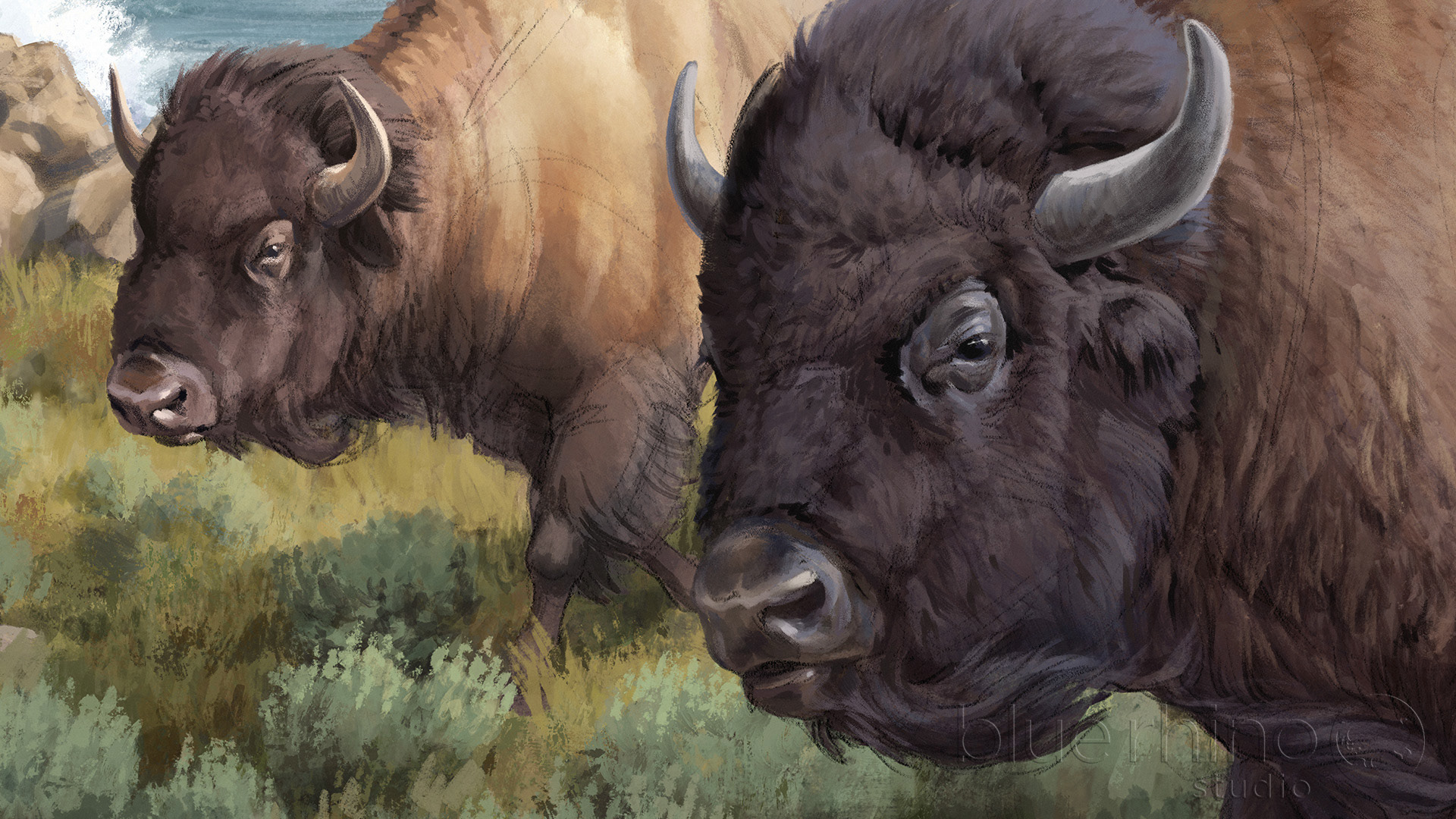 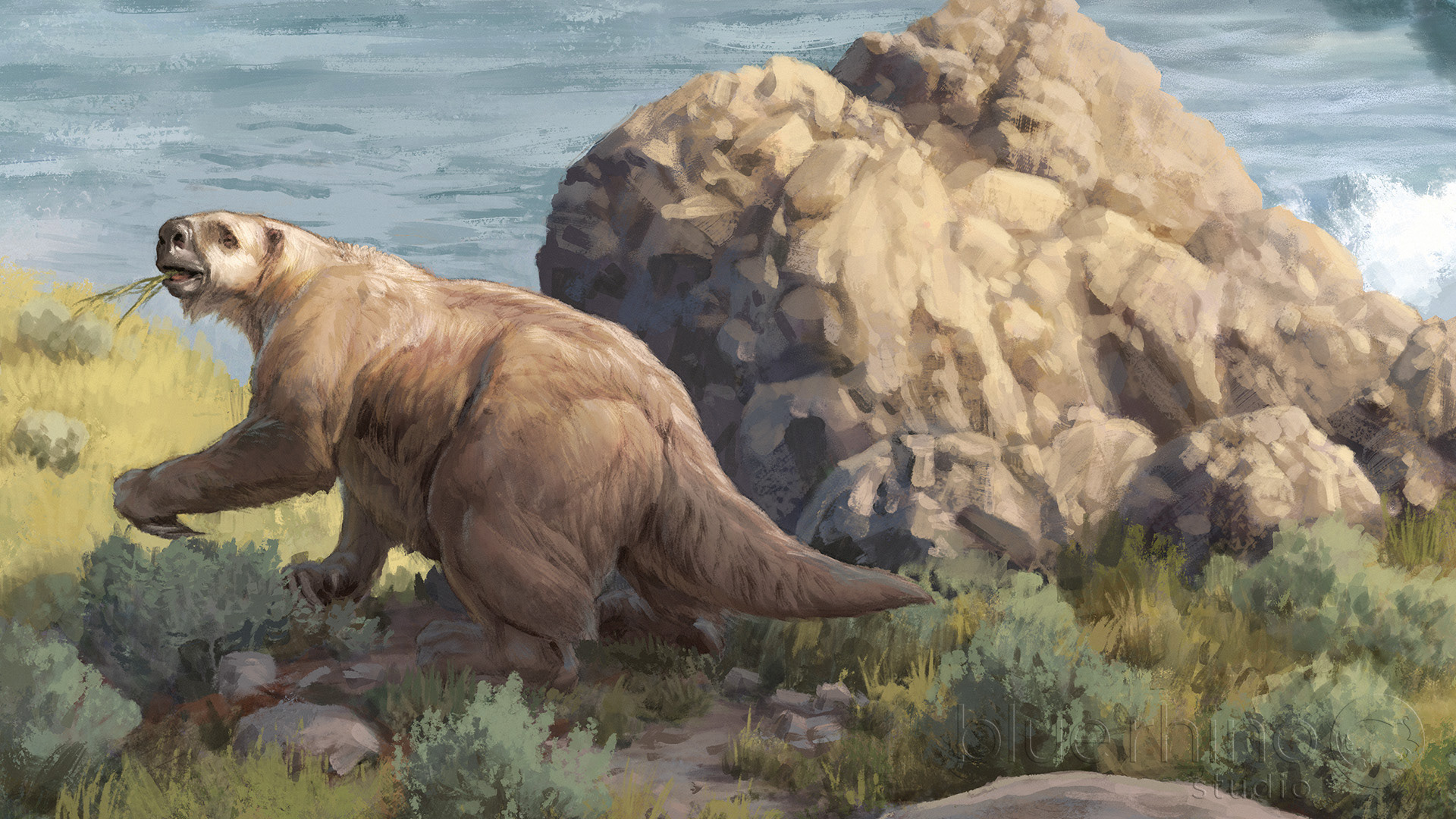 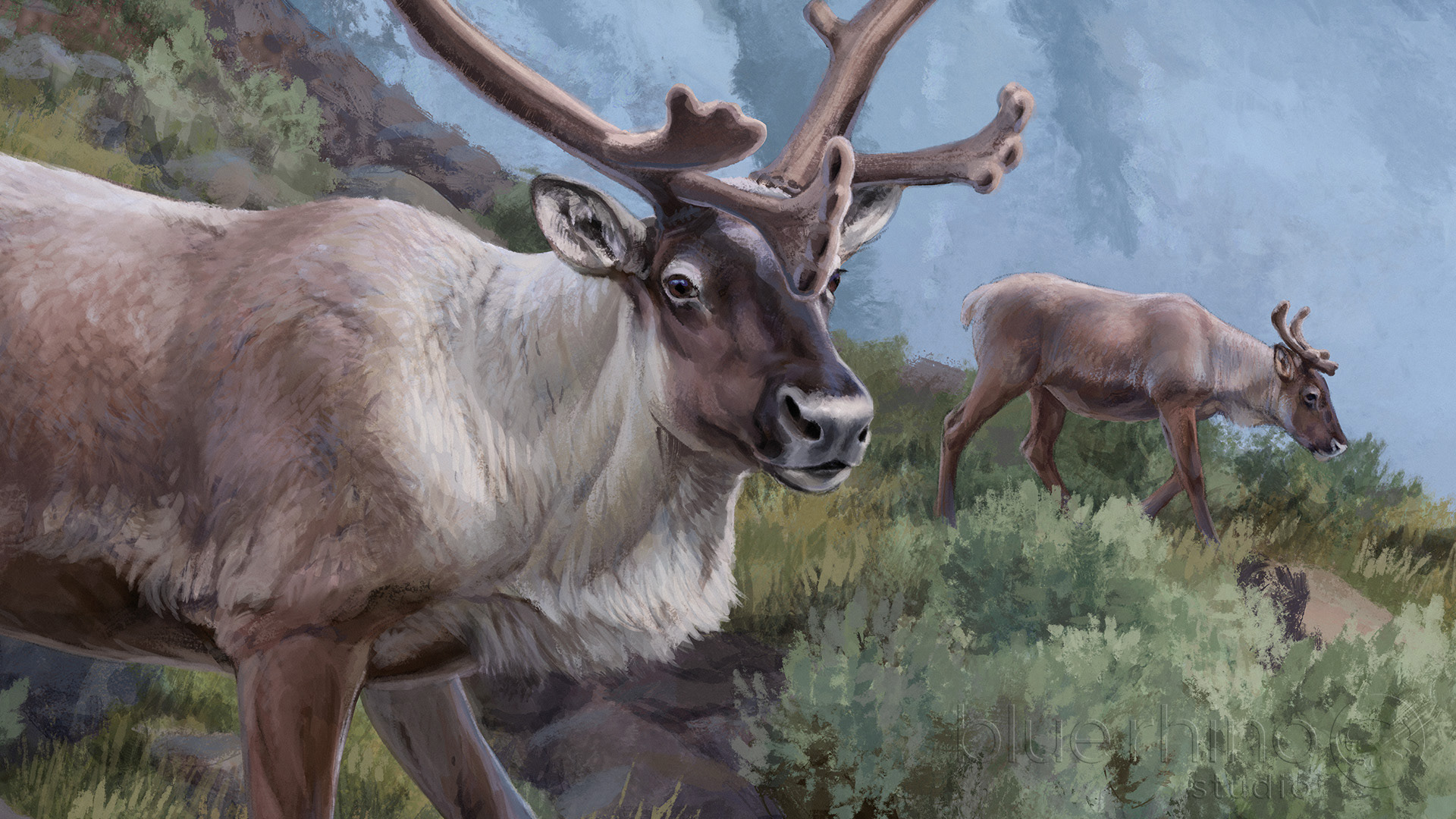 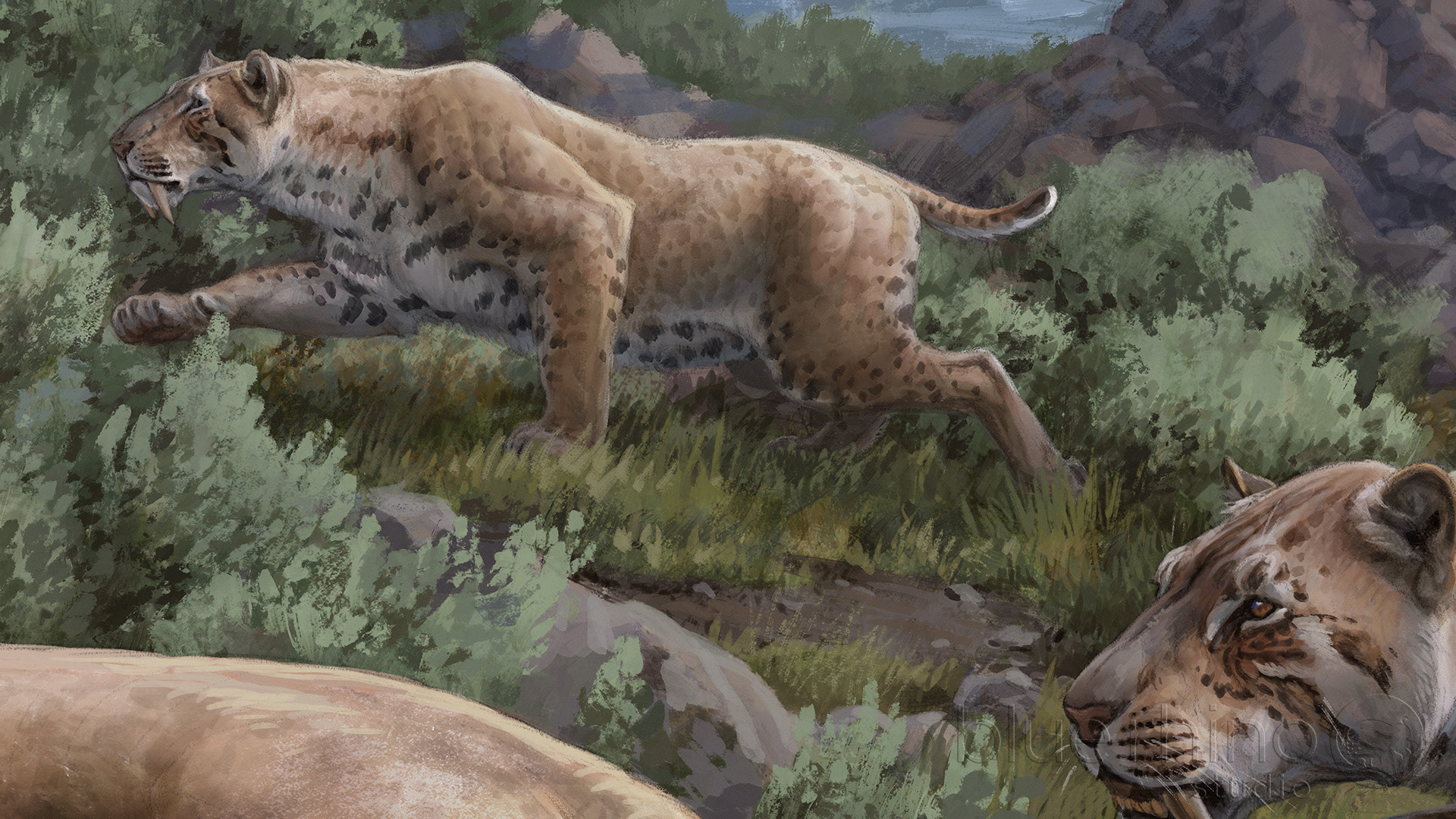 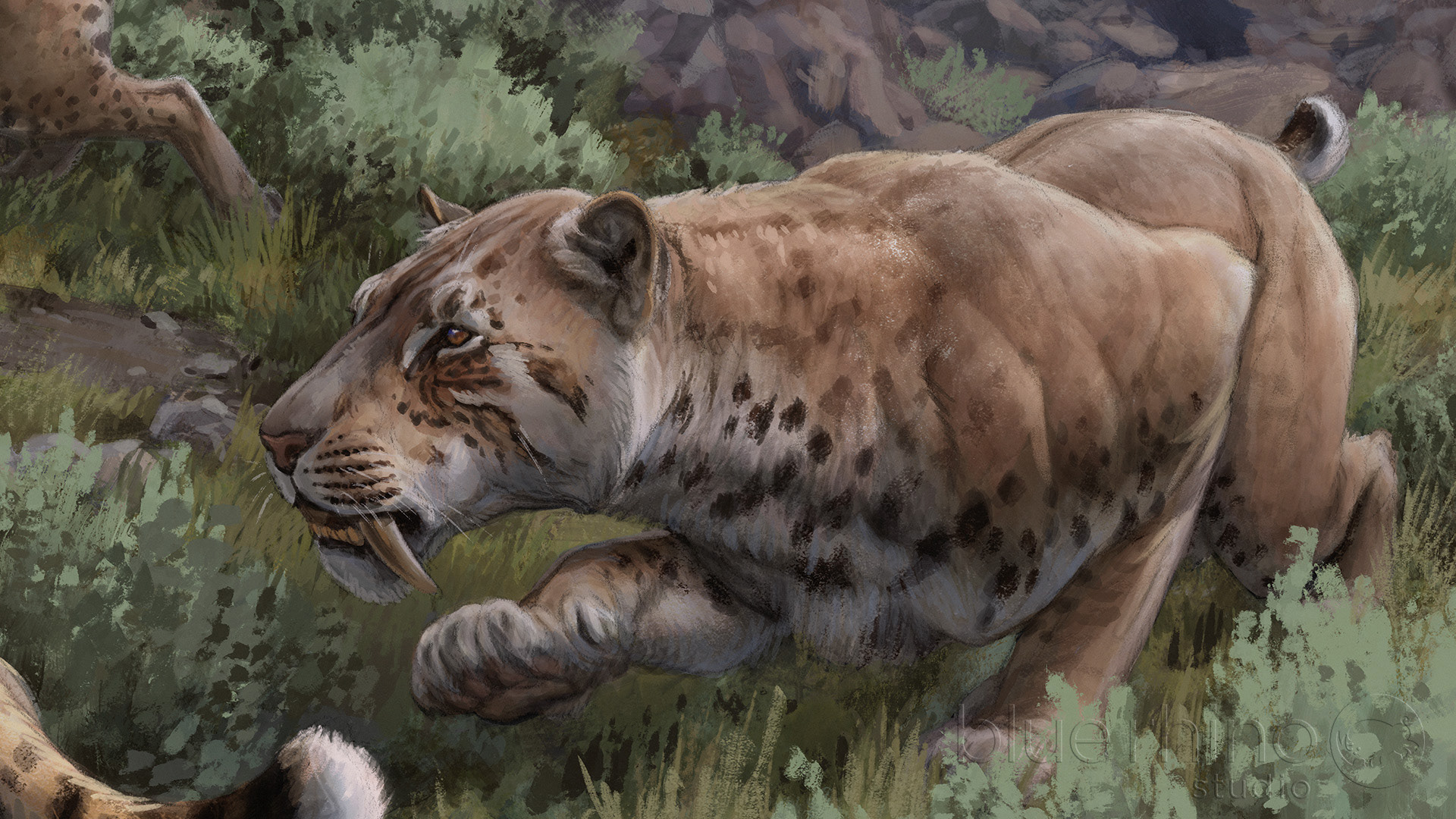 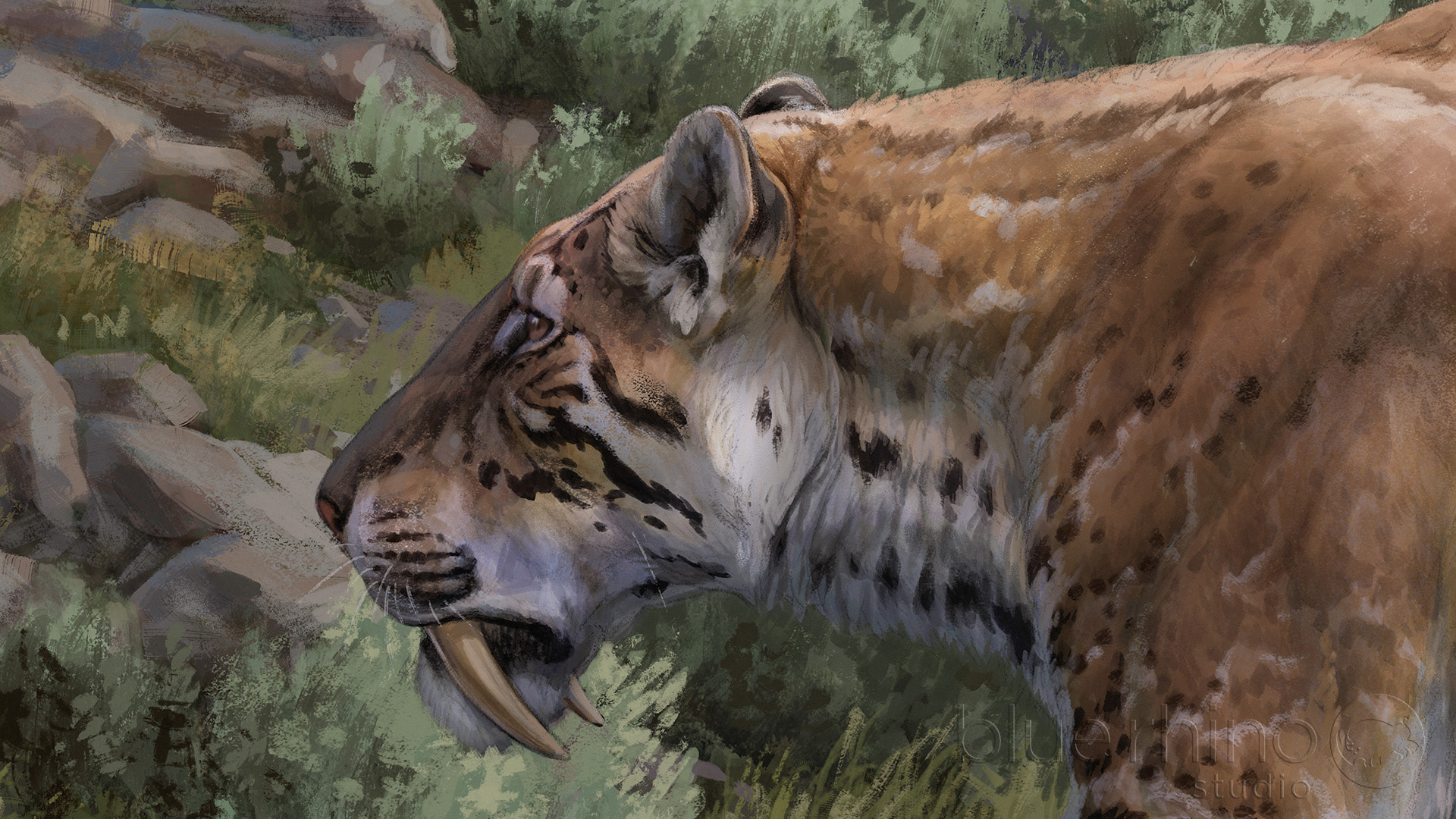 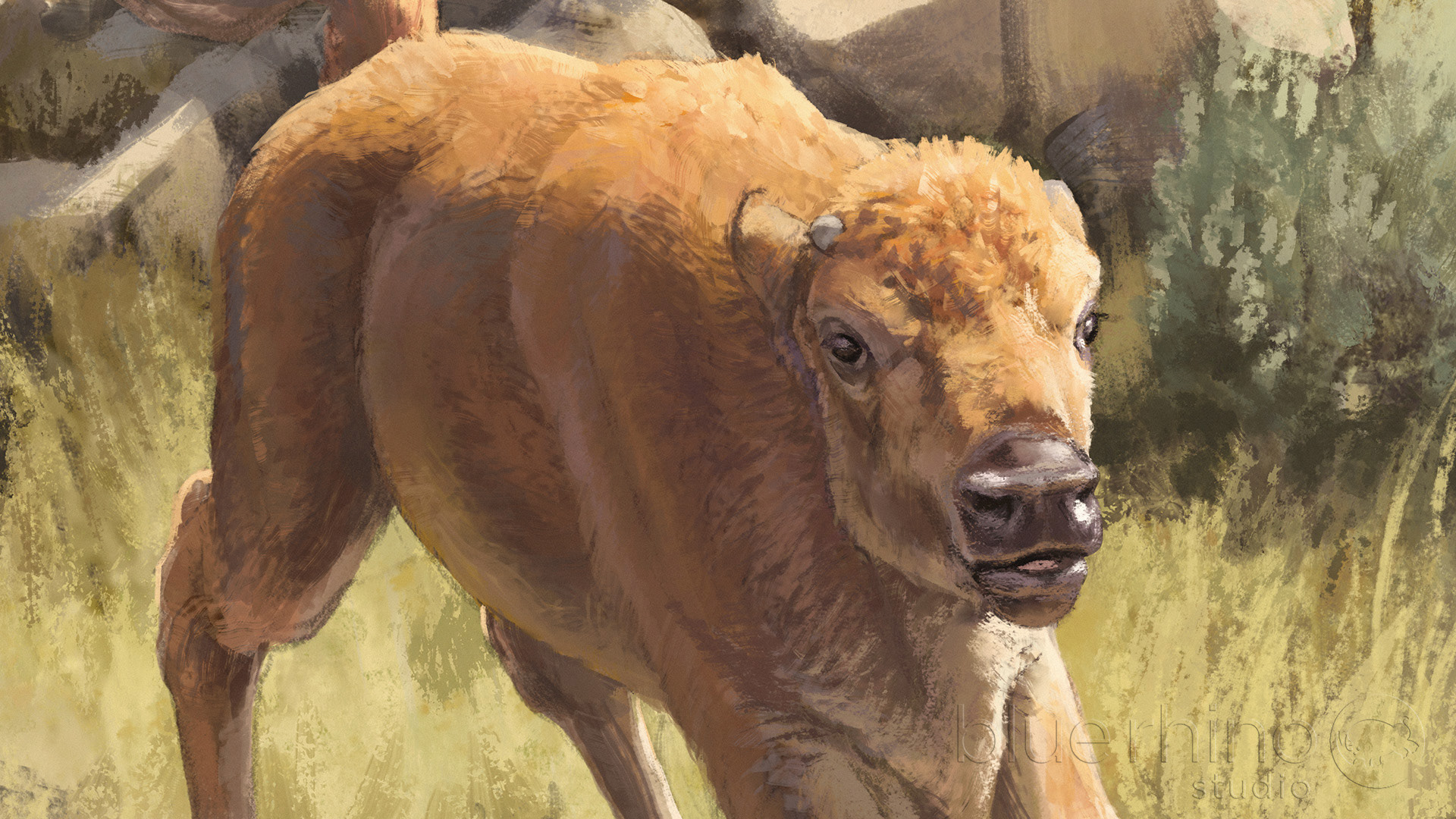 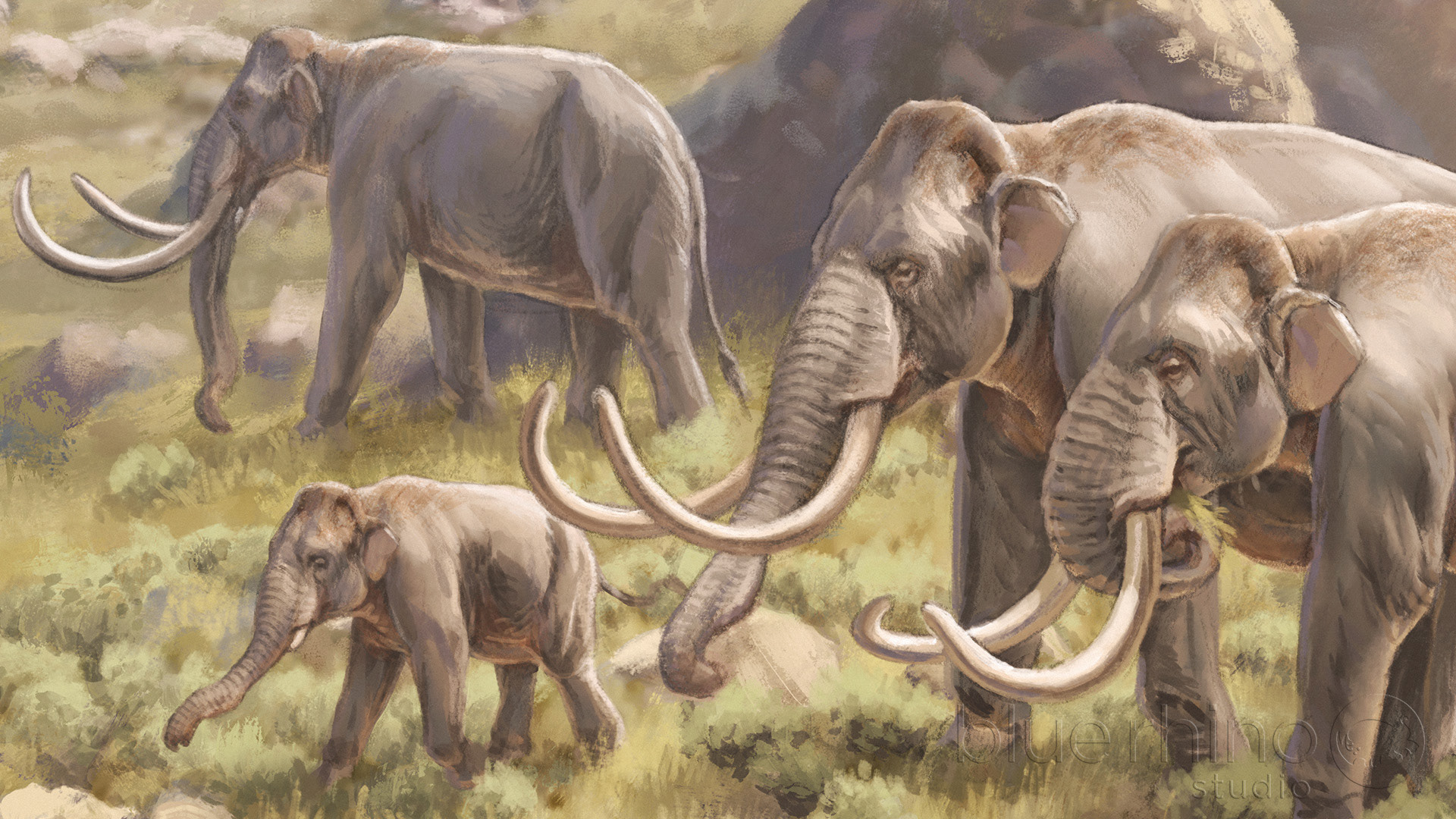 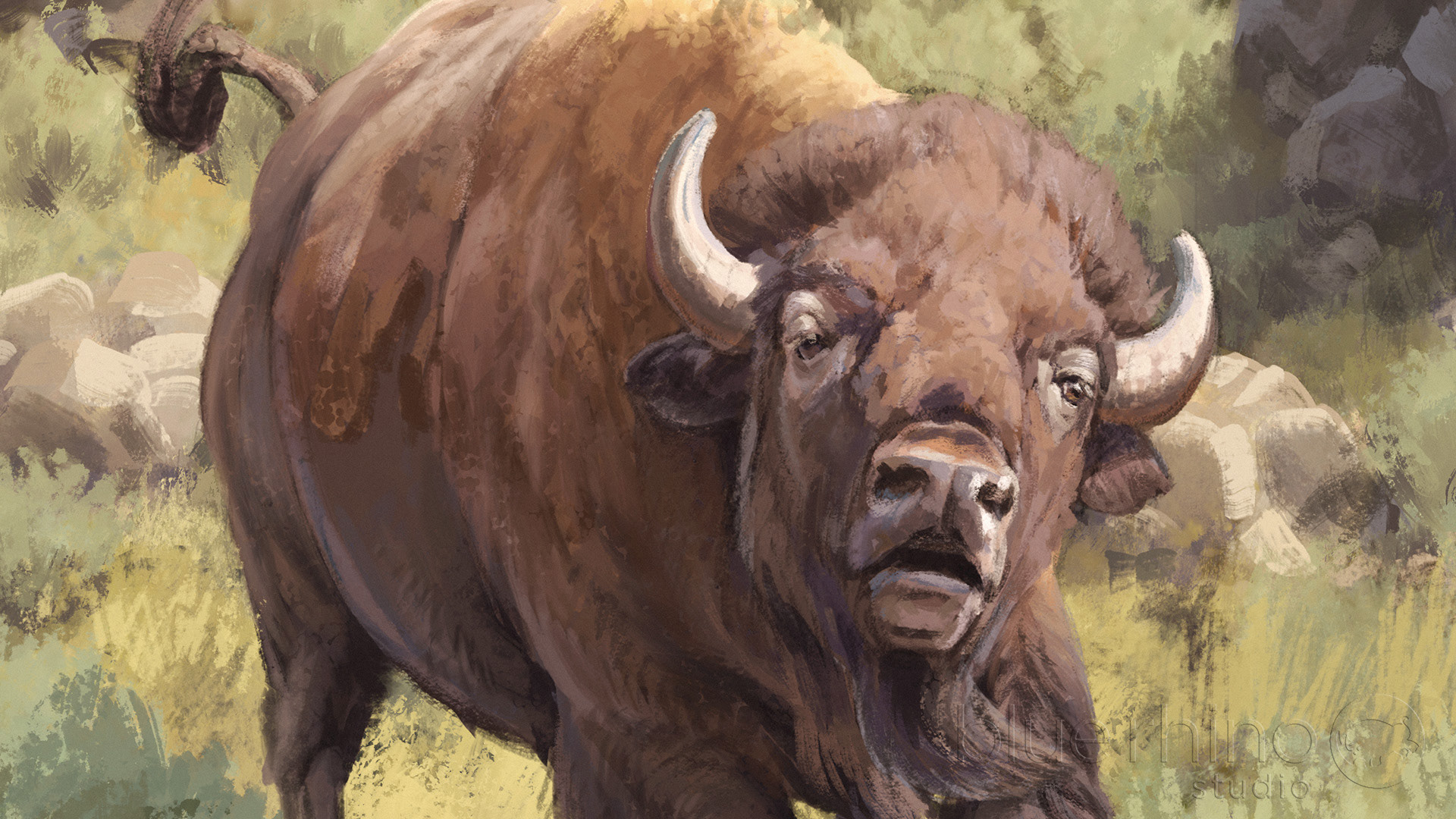 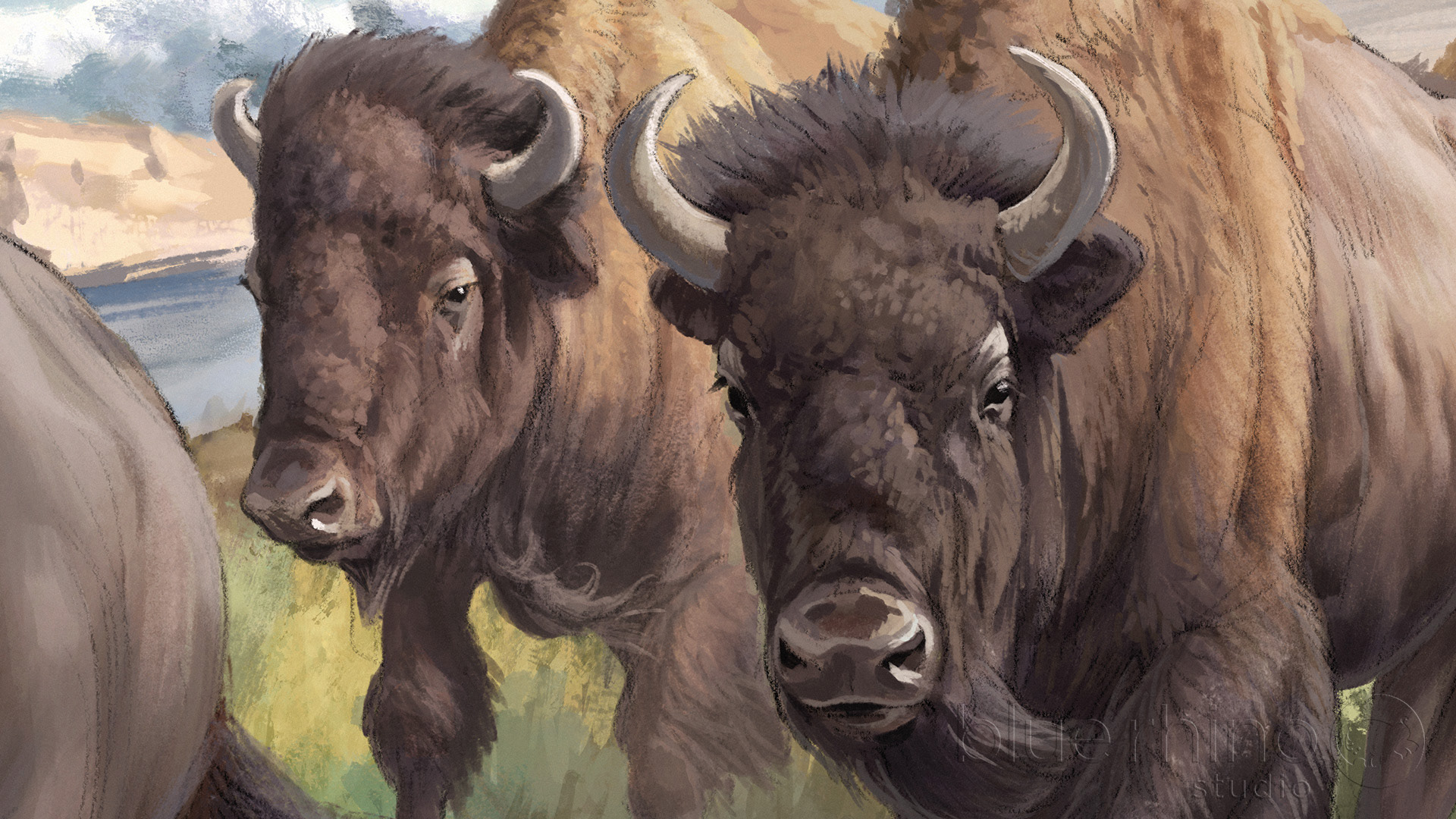 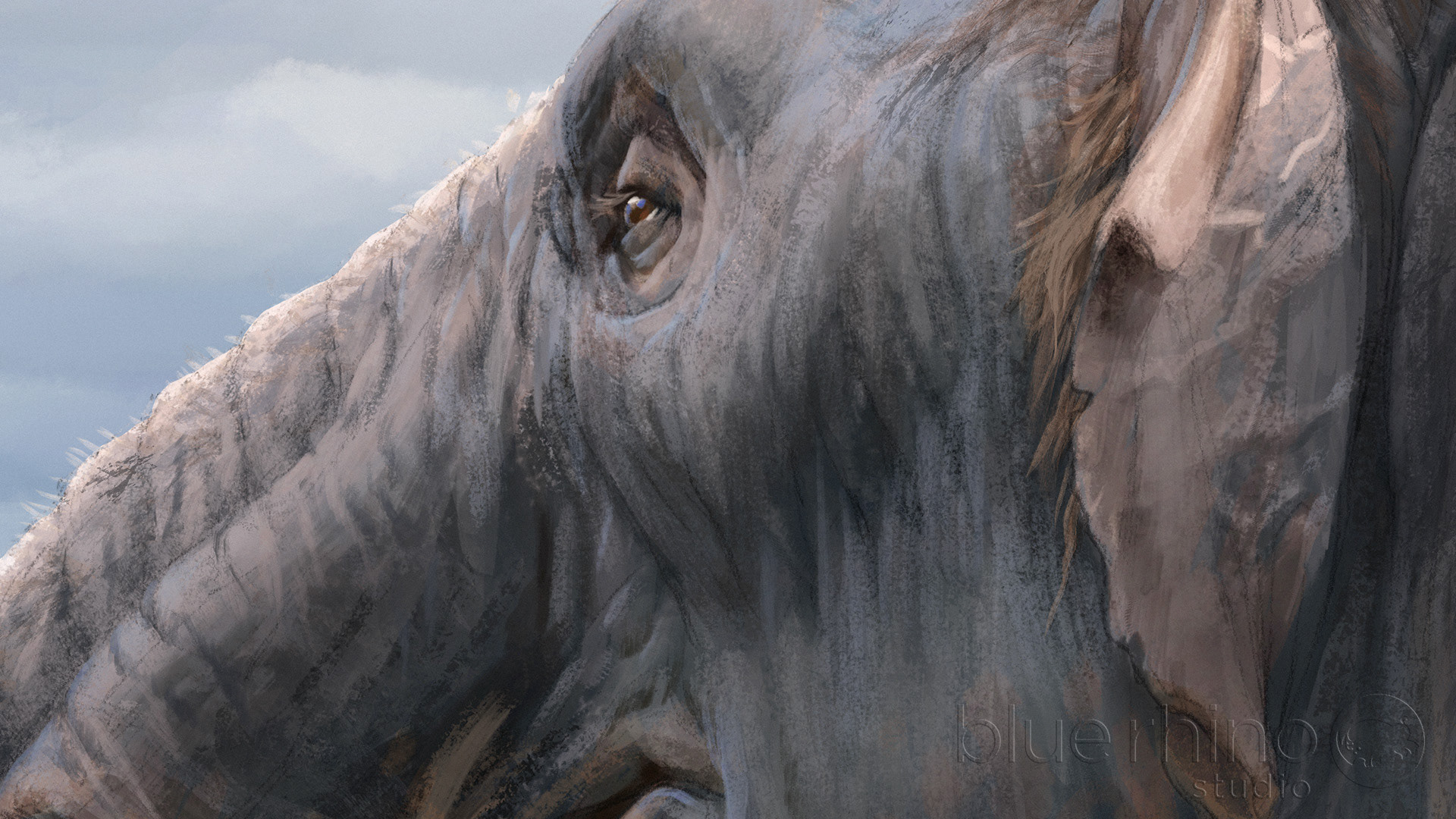 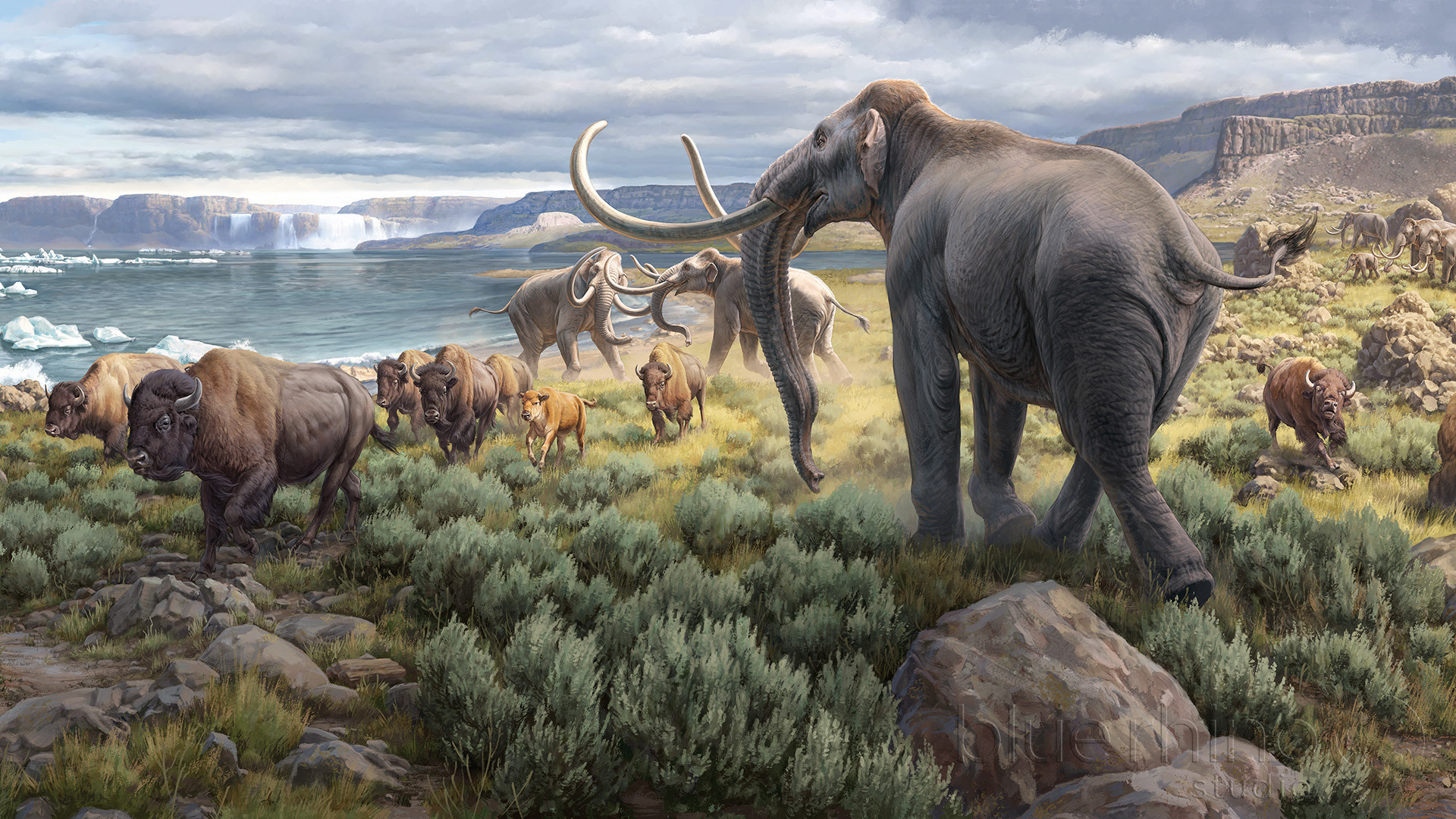